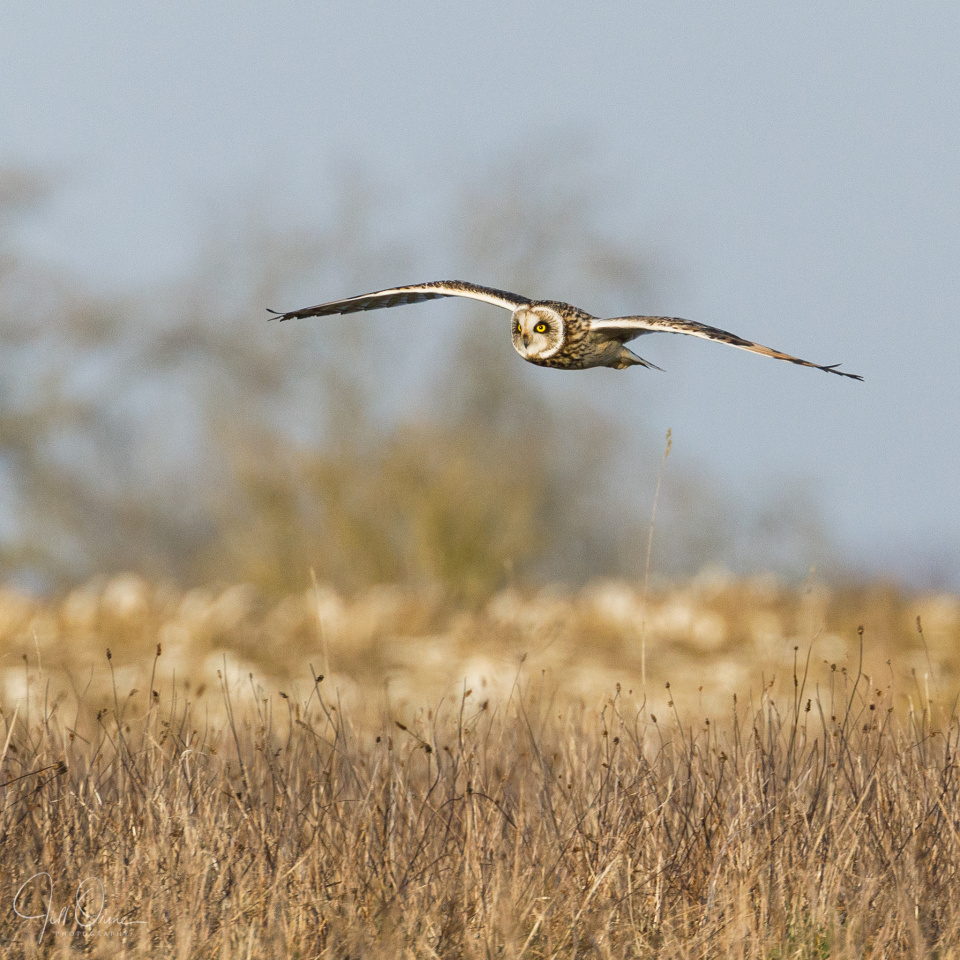 After yesterday’s session I came home feeling like The Great Owl Photographer. Today… not so much. The owls were behaving very differently: though I was standing in almost the same place as yesterday, today they mainly kept their distance (“You should have been here at one o’clock!” said Andy Harris. “They were going up and down right in front of here!”), and quite often they were flying high, which rarely makes for good photos. I guess they’d eaten well earlier, and weren’t especially hungry. So there was a lot of standing around staring at nothing, and then desperately trying to get cold hands and numb brain rapidly into gear when something did take off.

Luckily I managed it when this lovely pale creature appeared from the rough a short distance east of me, and this fly-past towards the late afternoon sun got me the best half-dozen images of my day. I asked R which of them I should post; by a talon the one I’ve put on Facebook was his favourite, but in the end I’ve plumped for this one because you can see more of the face – once again, it’s the eyes that really grab me.