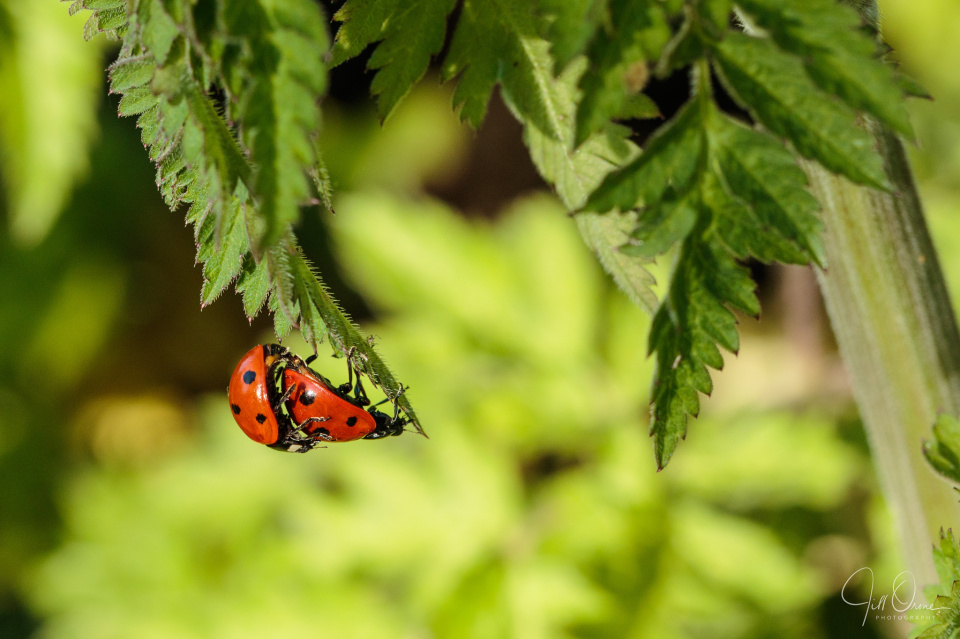 Voiceover: She was not sorry

Anyway. How can I put this politely? It was a very… jiggly process. And protracted.

After a while she apparently got bored, and went for a walk. Found an aphid. Ate the aphid. Went for another walk.

By this point she’d walked over most of the plant (several hundred steps at least, I would think), but he was still firmly attached, and she’d clearly reached the “Somebody – please just kill me now” stage of the proceedings, and decided to end it by throwing them them both off into the void.

I’m afraid that their relationship may have soured.

In less tragic news, I also found a 22-spot ladybird today, which I’ve posted to Facebook, if you’re interested. Checking my files has confirmed that the last time I photographed one of these was back in 2016; that was a really good ladybird year, when I tripped over several species I’d never seen before, but in 2017 and last year I only found a few 7-spots and some harlequins. I’ve had a sense for the past couple of weeks that this was going to be another good season, and this find and the posts I’m seeing in the FB ladybird group seem to confirm that feeling. So if you’re a lover of ladybirds I’d recommend keeping an eye out for unusual ones – they’re definitely around now. There’s a photographic checklist of the main British species here.