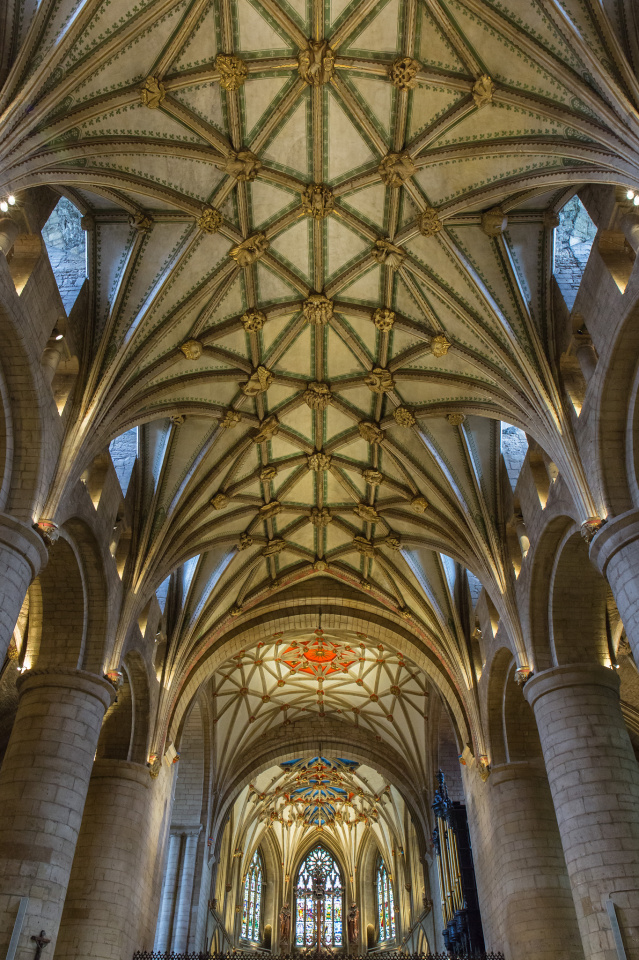 This had better be a short journal entry – it’s so late it’s almost next week, and I need to get some sleep so I’ll have the energy to spend the next 24 hours furiously fretting about the possible outcome of the EU referendum.

This morning was pretty dreary again, but around lunch time it looked as though it might brighten up, so on a sudden whim I zoomed over to Tewkesbury – which is only about fifteen miles away, but for some reason we only ever seem to drive past, rather than to it. In fact I was last there upwards of forty years ago, and given that I can barely recall what happened last week it’s hardly surprising that I couldn’t remember anything about the place, or recognise any of the landmarks. But at least this meant that I saw everything with fresh eyes!

I started with the Abbey, which is justly famous – even though I’m resolutely Godless I do like a nice church, and this is an absolute stunner. I could easily have spent several hours in there taking photos: everywhere you look there is something that’s either interesting or beautiful, and frequently both together. Luckily I’d limited myself to one lens (the 24-70, which did a great job for me), but even so I took a shed load of shots, and I’ve been back and forth through them multiple times trying to decide which to post – each time I looked at them I found I had a different favourite. In the end I plumped for this view along the Nave towards the Chancel, but I’d love it if you’d take a look at my Facebook album to see if you like one of the others better. At some future date I will probably go back with a longer lens, just to photograph the roof bosses and pillar details, which are exquisite.

After I’d been round the Abbey a couple of times I quickly walked round the rest of the town, and despite the drab light I found it rather lovely – again, there are some photos of things that interested me in my Facebook album. After a quick coffee stop, I was walking back along the High Street towards the car park when I bumped into first a boxer called Bob and then a Siberian husky called Nero, both of which I photographed for my Dogophile collection.

So all in all it was a successful trip – even though it rained on the way home and I had to put the roof up!

I am, as per, way behind with responding to comments, but may I just say a big thank you to everyone who was nice about yesterday’s hoverfly shot – I’m very happy that so many of you liked it.