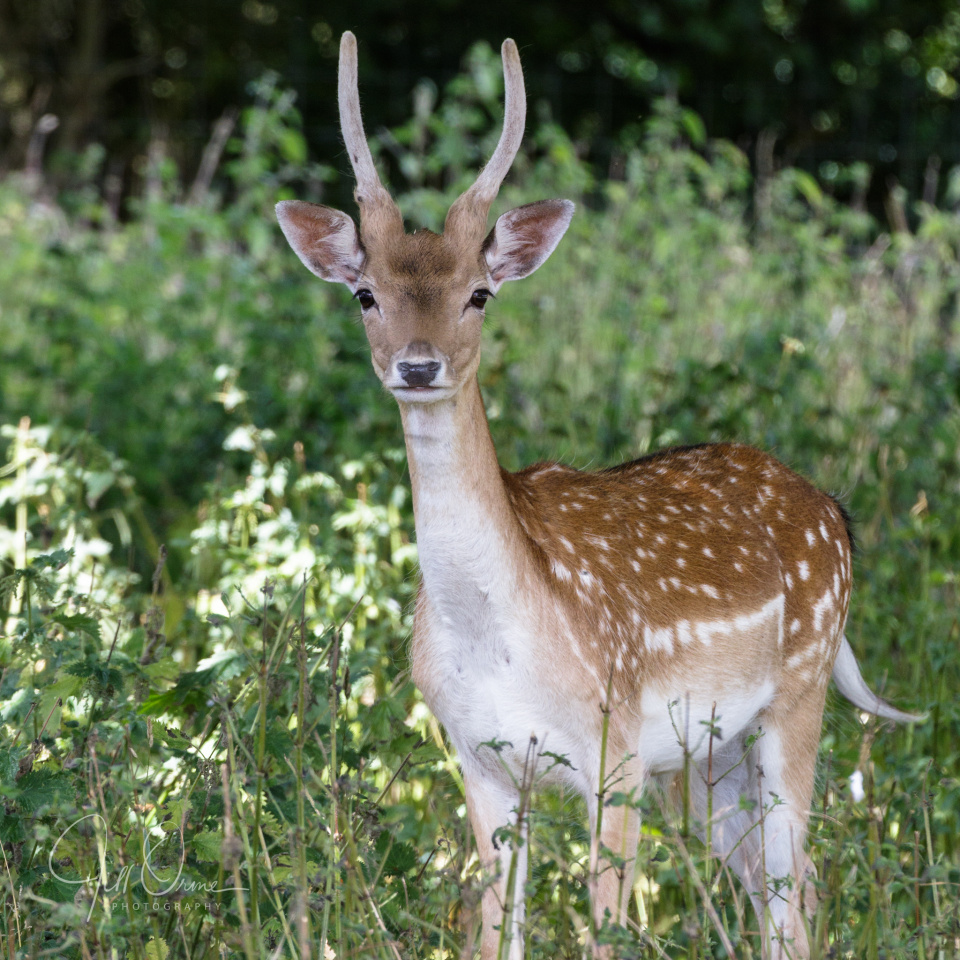 I had to run an errand in Stratford this afternoon, and I decided to swing round via Charlecote afterwards as it seemed too long since I’d last been there. I was hoping to see the fallow deer – something that’s never guaranteed as they have free run of the entire park – and in the event I found the bucks almost immediately down by the lake. They were very close to the path and I had to approach quite slowly and carefully so as not to frighten them into leaving; the younger animals are quite nervous, but luckily the older bucks are so used to humans wandering about that if you’re quiet and don’t make any sudden movements they will usually hold their ground, and the youngsters prefer to stay with them if possible.

I managed to get a couple of dozen shots that I was quite pleased with, and I’ve put a few of them here, if you’d like to see more; I struggled to decide which to blip, but in the end went with this young chap because he was R’s favourite. I couldn’t use any of them in a wildlife photography competition because this is a managed herd (kept at around 200 animals, with a balance of different coat colourings preserved), but it’s still satisfying to get nice photos of them.

After photographing the boys I went in search of the does and fawns, which can usually be found on the other side of the house, but en route I was distracted by the sight of the resident swallows and house martins hunting insects around the garden, and used up the rest of my available time trying to capture flight shots. I took literally dozens of frames, of which just one was good enough to be kept to mark the occasion – though that’s one more than I’ve ever managed before, so I’m not unhappy with the outcome.