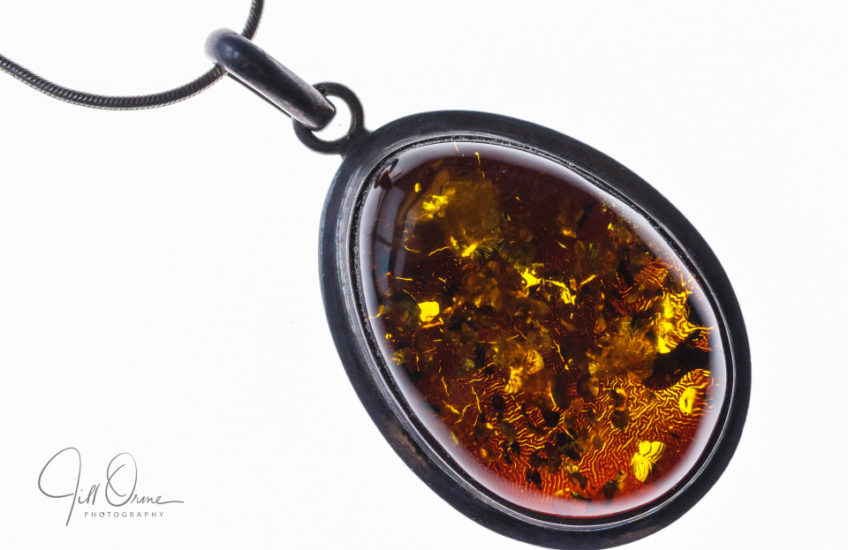 It’s rained for most of the day, which sabotaged my butterfly plans, but which I’ve decided to overlook because the ground has been perilously dry and really needs it. I almost think I can hear the garden slurping.

So instead I spent most of the day at my desk, clearing part of my backlog of unprocessed photo files. I did pop out briefly with the camera during what had appeared to be going to be a lull in the weather – but all that happened was that I came home ten minutes later very damp, and with some dark and blurry shots of insects making a run for cover.

This is a pendant I bought many years ago; it was sold as Baltic amber, and may very well be just that, though I know that there’s a lot of synthetic amber about. I photographed a few pieces of jewellery on the light pad this evening, and R has chosen this shot for my blip because he likes the way it looks with the amber back-lit. I hope you like it too.