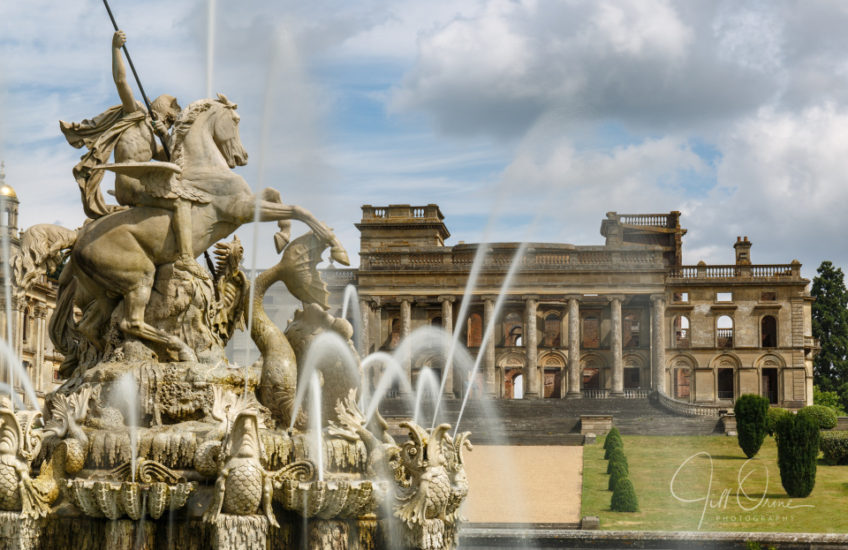 One of my favourite places in Worcestershire is

One of my favourite places in Worcestershire – though sadly not handy for the three-counties border where we live – is Witley Court, the former seat of the Earls of Dudley, which burned down in 1937, and which after decades of pillage and increasing dereliction is now in the hands of English Heritage. If you’ve been paying attention you’ll be aware that I’ve blipped it a couple of times before.

R had never been to Witley Court though, and as a decent morning coincided with the – currently rare – occasion of him having a day off, we decided to go and take a look at the recently-restored Perseus and Andromeda fountain, which through the summer is being run for fifteen minutes every hour. I was nervous that I’d given the place too big a build-up and that R wouldn’t like it – which would have been a waste of a day out, and would have led to embarrassment, bitterness, recrimination and ultimately divorce – but in the event he fell happily under its poignant spell.

The fountain is pretty impressive, and because of the quarter-hour window I was able to play with angles and shutter speeds, and get a decent range of photos during the display. This was taken during the final minute, when they gradually slow the pump and the water pressure falls away, which is why I zoomed in for a fairly close view. When I finish processing everything else I’ll put a few more shots on my Facebook page.

As we walked back to the car, the following exchange took place:

J: “I’m glad it was worth you lugging my tripod. Well, I think it was worth bringing it – I won’t know for sure till I see the photos.”

Nice. You can see why I married him.