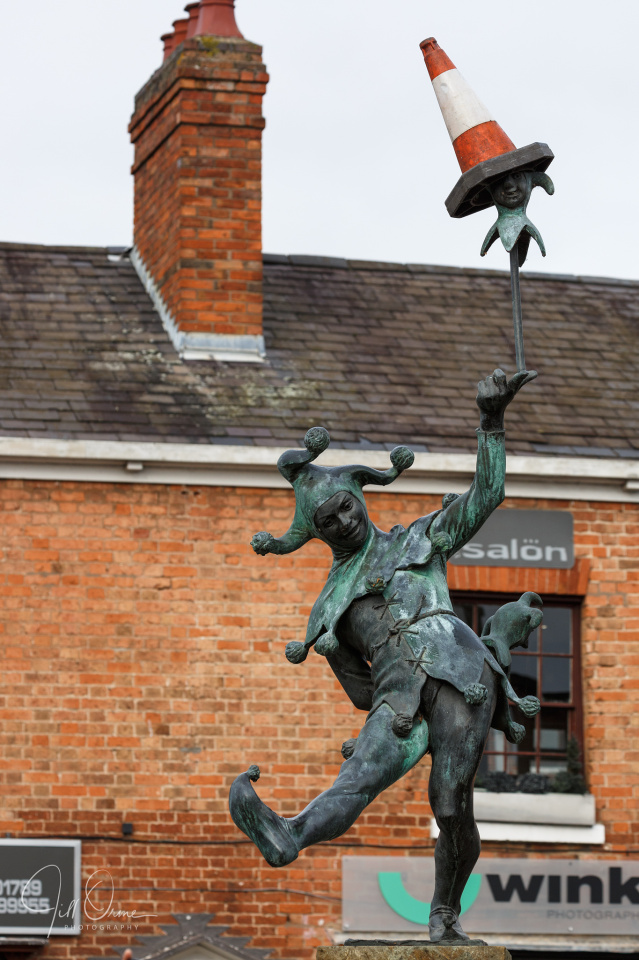 R had an appointment with a guitar this morning in Stratford, and asked for my ears to go with him. I confess to finding it flattering that he thinks of me as someone with a good ear – especially as he’s heard me singing – but it always makes me a little anxious when I’m asked for an opinion like this, in case I either:
a) say something stupid and destroy my musical reputation; or
b) give the wrong answer, if in fact all I’m being asked to do is affirm a decision that has secretly been made already.

Today neither of those things happened: the question was whether one guitar sounded better than another, and the answer – “it depends what kind of music you’re playing on it” – turned out to be both factually correct and helpful, in that it made plain that the spending of a significant amount of money was a matter of choice rather than necessity. I doubt that I’ve made it onto the Christmas card list of the chap who owns the guitar shop, but R seemed quite happy to walk out carrying the same guitar with which he’d arrived.

We then strolled up to Boston Tea Party for coffee, and as we arrived R pointed out this scene, which I’m sure was vastly amusing to whoever created it – probably at round about chucking-out time last night. Not that I’m being snappish: it’s one of the wittier things I’ve seen done with a traffic cone, and I speak as someone who was at university with a couple of people who couldn’t set eyes on one without stealing and re-purposing it.

We had something of a debate about which of the two photos here I should feature; the extra has a sense of movement and fun which we both like, and the background is less distracting, but this shot shows the lovely rakish angle at which the marotte is wearing the cone, and how pleased it appears to be with what my late mother would have referred to as “a very cunning hat”. 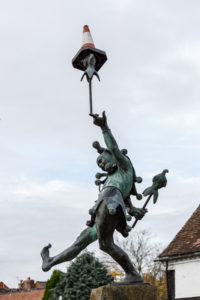