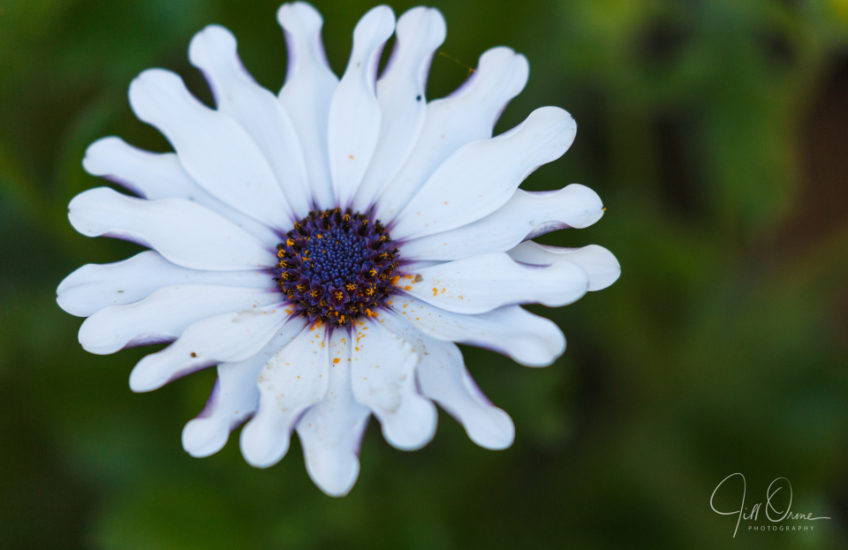 R and I drove over to Northamptonshire today, and spent the first half of the afternoon wandering around Canons Ashby, which is charming in a shambolic and slightly mad kind of way. I couldn’t bring myself to take the Big Zoom off the camera, even though it’s hardly an ideal lens to use for architecture, so I mainly took detail shots, and was impressed by how well it performed even in the gloomier rooms of the house. I was hunting a  Small Tortoiseshell butterfly in the walled garden when it landed on this osteospermum, and though I was quite pleased with my butterfly shots, I’ve decided to go with the unadorned flower – its rather offbeat curly petals feel like a nice metaphor for Canons Ashby as a whole.

We then went to visit some friends we last saw 22 years ago; somewhere between our various house moves we lost touch, but the menfolk recently reconnected on line. We’d only expected to stay an hour with them, but we had so much catching up to do with each other’s family news that one hour turned into two – and could quite easily have become three. We agreed to meet again very soon for more competitive talking, and R and I then drove back homewards into a fabulous sunset.

This evening Child One and I have been having a Wedding Conversation…..