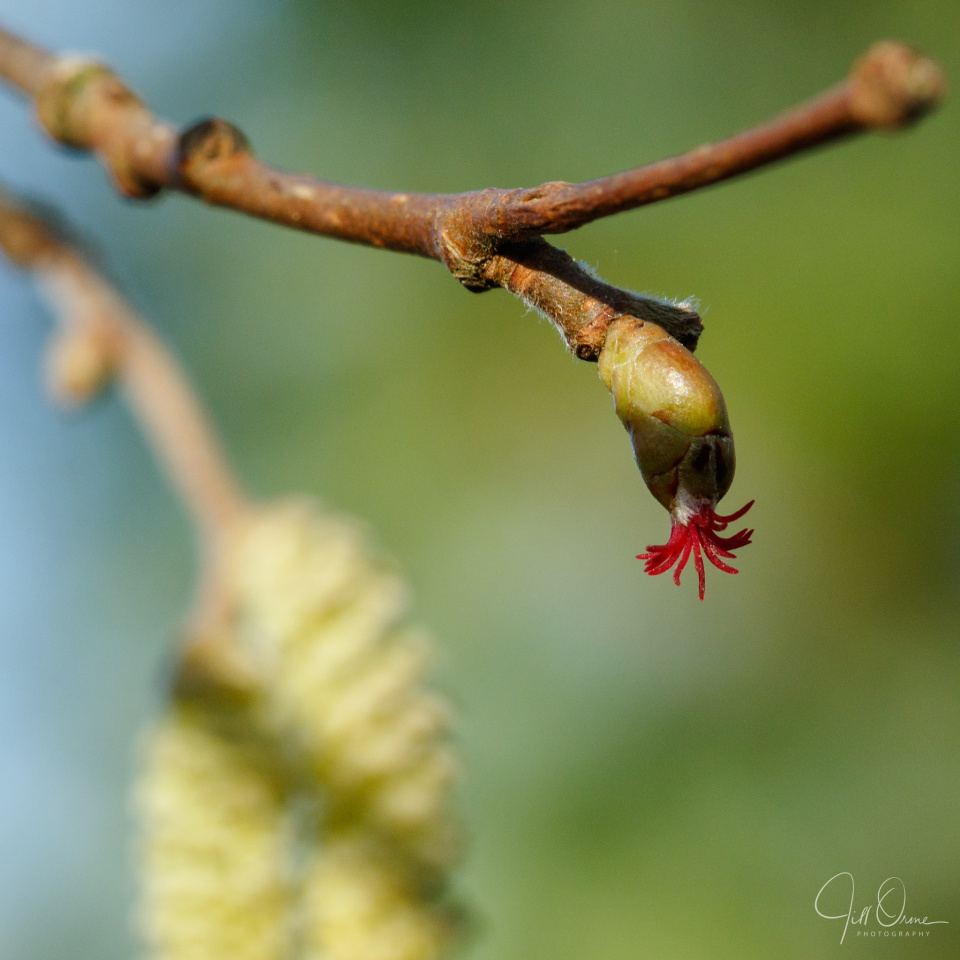 I couldn’t quite decide what to do with myself this morning – it wasn’t a fabulous day, and no birds were being reported in the vicinity that made me want to grab a camera and jump in the car. Luckily R came to the rescue by offering cake, which got me up out of my desk chair in short order. While we were in Stratford the most photogenic thing I saw was a juvenile swan bathing on the river, and I’ve posted a handful of photos of her to Facebook if you’d like to see them. I’m beginning to be cautiously hopeful that the avian ‘flu outbreak in Stratford may have burned itself out now, because the remaining birds all seem pretty fit and active. Here’s hoping.

Back at home I did a couple of small jobs in the garden, including emptying and washing out one of the bird feeders, and then I took the macro and went looking for invertebrates. In particular I wanted to know if the bugs and weevils that have been overwintering in plain view were waking up yet, and I to my surprise I discovered that the birch catkin bug roost on the photinia (at least 20-strong at the beginning of this week) has now completely dispersed. Imagining them trudging upwards towards the catkins, I found myself peering up into the birch trees in the hope of spotting some of the little guys, but given that they’re only around 5mm long this was clearly a fool’s errand.

I had slightly more luck in finding some pairs of weevils on the hazel trees, though they’re also beginning to move around – one catkin that has hosted a single pair for the past few weeks has now acquired a second couple, and other pairs have disappeared since I last counted them. However in compensation, while I was searching for Oxystoma pomonae I began to find female hazel flowers instead, and as is usually the way with these things, once I got my eye in I spotted them almost everywhere I looked.

Hazel trees are described as monoecious, which means that they produce male and female flowers on the same plant. Each yellow catkin contains over two hundred tiny male flowers; in the autumn the catkins are quite short and the flowers are covered by tightly overlapping scales, but as they mature they lengthen and the scales open, revealing the flowers and allowing them to release their pollen. By contrast the female flowers develop in clusters inside buds, from which their sticky red styles protrude – in other words, this is not a single red flower, but the clustered pollen receptacles of several flowers.

Though it’s possible to find hazel buds and catkins very close together, or even on the same twig, hazel is not a self-fertile plant, so the catkins in the background here can’t fertilise the flowers within this bud. Cross-pollination is needed from another compatible hazel tree, and to this end the catkins produce a huge quantity of pollen, which is dispersed by the wind. This seems inefficient and wasteful, but it must work reasonably well because every autumn the hazel trees scattered around my garden are covered in clusters of nuts, and every winter I find myself crunching around on a layer of husks that have been discarded by the squirrels.