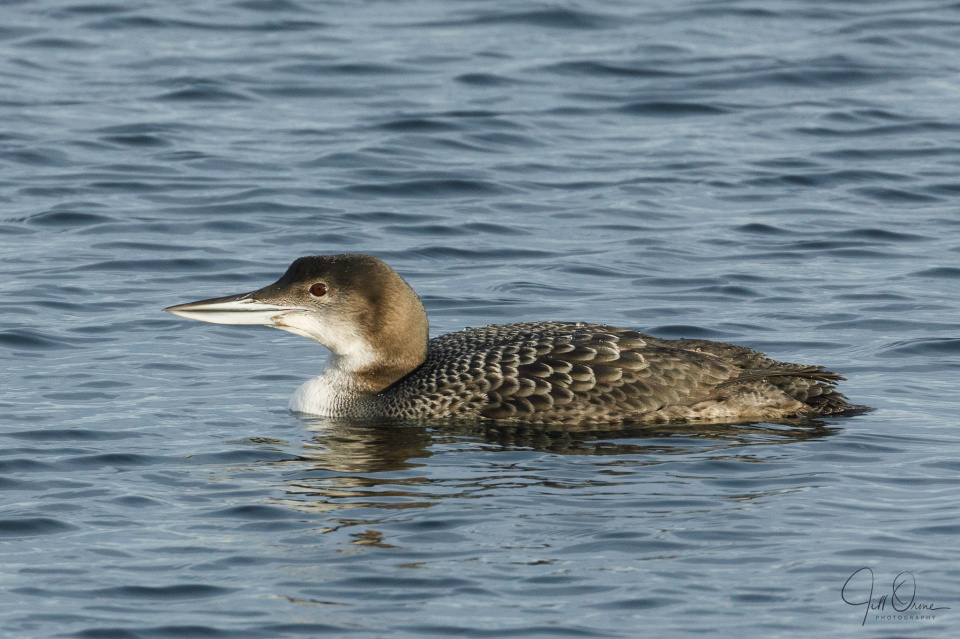 The light was pretty poor in the Shire this morning, but the forecast promised better weather further east, so I decided to take a trip over to Farmoor Reservoir in Oxfordshire, in search of a long-staying great northern diver. On my way across the Cotswold scarp I saw the first red kites of my birding year, swooping and wheeling above a field beside the road, but I couldn’t see a safe parking place so I wasn’t able to stop and photograph them.

Farmoor is a nice site, and has more to offer, wildlife-wise, than I was able to explore today. It’s very easy to access though – in fact, I’ve unknowingly driven past it many times, on my way to see my sister – so I’m sure I’ll be visiting again in the future. The reservoir isn’t too big, and is divided in two by a causeway, which improves both the walking and the viewing of water birds. There were a huge number of coots present today, along with cormorants, great crested and little grebes, various ducks including a female scaup, assorted gulls, and numerous pied wagtails searching for food along the surrounding banks and walls. As well as the great northern diver, of course, to which I was soon directed by a man who was photographing the scaup.

Despite the forecast the sky was overcast, and the light on the reservoir was pretty flat and uninteresting through the first half of the afternoon. The diver was also fishing quite a long way out from the bank – perfectly visible, but not well-placed for photos, especially given the murky light. Nonetheless I tracked it around Farmoor 2 for a couple of hours, as it dived repeatedly for signal crayfish. I was told by an angler that this non-native species is a huge pest, because it’s voracious and will eat almost anything it can find; it was introduced to this country to be farmed for food, but – inevitably – escaped, and is now decimating the native wildlife in many inland waterways, so the great northern diver is more than welcome to eat as many as it can catch.

As well as watching the diver I was keeping an eye on a cloud bank over the western side of Farmoor 2, in the expectation that the sun would drop below it towards the end of the afternoon. I was hoping (but not expecting) that the bird’s hunting circuit might bring it to that side of the reservoir at around the same time, and to my delight that’s exactly what happened. Although I was fairly tired by this point, and quite cold, the sight of this extraordinary bird showing so beautifully in the lovely light made me forget all my annoyances and discomforts, and as I pottered up and down the path with the sun on my back, trying to predict where it would come up so as to be perfectly placed to capture it before it dived again, I found myself thinking Life really doesn’t get any better than this.