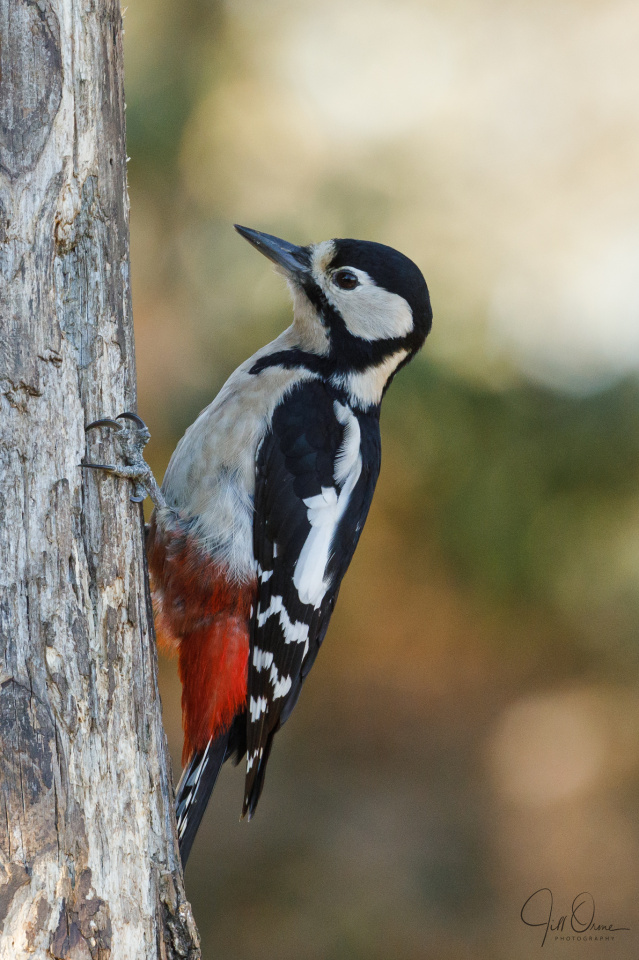 Both male and female great spotted woodpeckers put in an appearance in the woodland behind Hillers’ garden this afternoon. This is the female, identifiable by the lack of a red cap, though otherwise she’s pretty similar to the male.

I only recently discovered that this woodland doesn’t actually belong to Hillers, even though they seem to use it as an extension of their garden, but is actually part of the Ragley Hall estate. Some people I was talking to in the hide one day last week told me that a bunch of people with guns had strolled past it a couple of days before, and even today – the last day of the pheasant season – there were plenty of shots going off in the distance. The pheasants outside the hide carried on eating with unruffled application – but then, I’ve always wondered how you could hunt anything as stupid as a pheasant and call yourself a sportsman.

In other news, I was told – again! – that I’d arrived just too late to catch visits by a siskin, a redpoll, and the now-famous jay. I must try to make my next trip to Hillers earlier in the day.