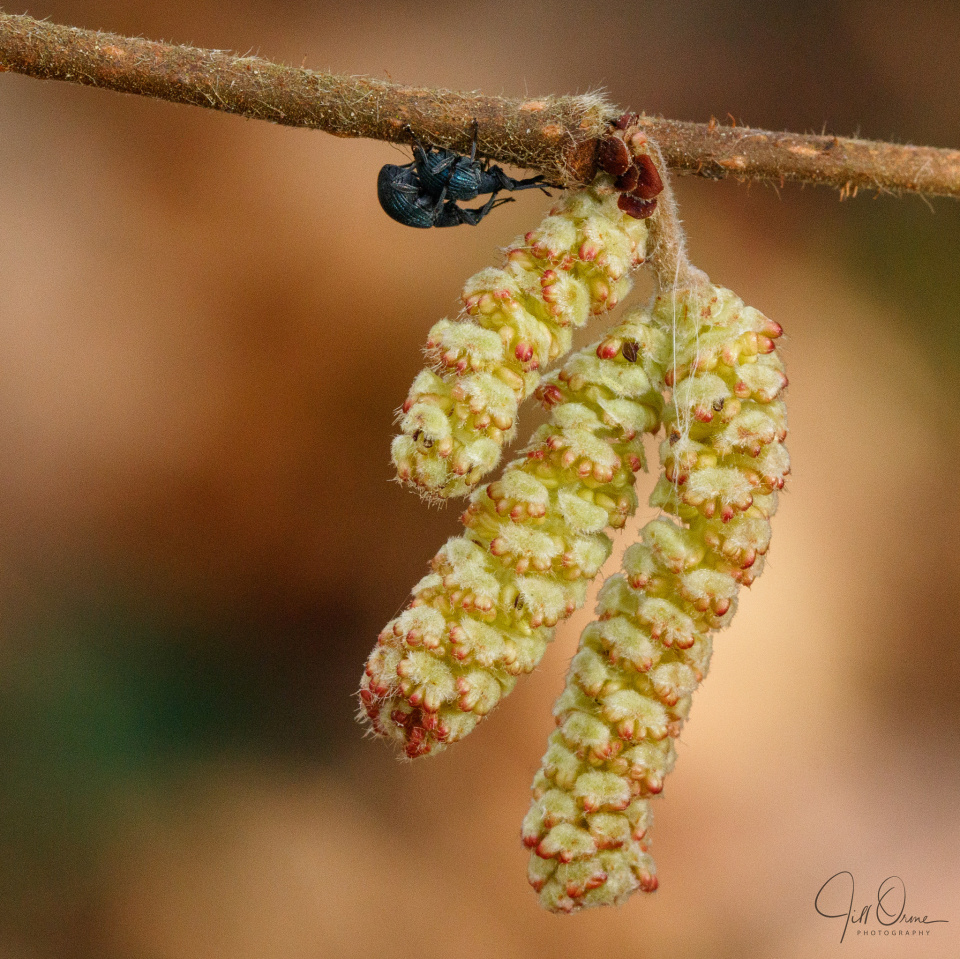 This afternoon I was on my way out of the door, big gear in hand, when a blast of cutting wind sliced through me, and I realised that spending even an hour sitting still in an open hide in the hope that a jay might appear was unlikely to make me any happier than I already was. So instead I went on a garden safari, looking for what I described to R as the Holy Grail of winter hazel photos: male catkins, female flowers, and roosting weevils on the same twig.

I didn’t succeed in my quest, but I’m going to assert that two out of three isn’t bad. I’d also like to point out that in order to get this image I had to use the camera one-handed, while carefully bending the twig round with the other to bring the weevils and catkins into the light. No weevils were harmed during this operation, and after a burst of shots had been taken (of which just two were in focus), the twig was carefully restored to its previous orientation. 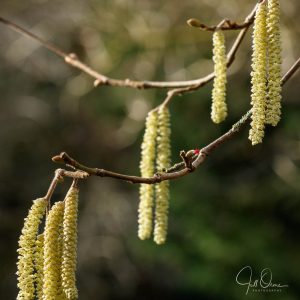 Because yesterday’s photo of the two sexes of hazel flower was a close-up, and therefore had quite shallow depth of field, I’m including a wider, context shot today. I believe that when the catkins are fully relaxed like those ones and their stamens have all turned dark brown, their pollen has released and their job is done, and they will shortly wither and drop from the tree. By contrast the catkins in my main image are still at an earlier stage – the scales that covered each flower while the catkin was developing have lifted, revealing the stamens, but these are only just beginning to open and release their pollen.