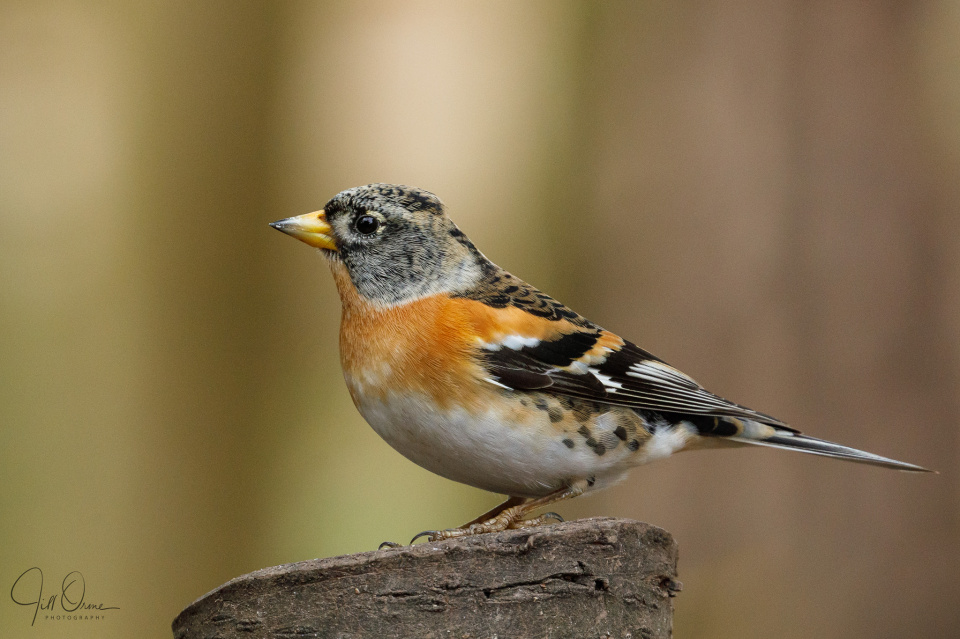 It was still cold and windy today, and forecast to be stormy by the afternoon, but the light wasn’t too bad this morning, so as soon as I’d prepared a sausage casserole and got it seething in the slow cooker, I wrapped up well, took a vacuum mug of coffee, and headed up to Hillers for an hour in the bird hide. Where I had a very good time, somewhat to my surprise. For once the weather was coming from behind the hide, so it wasn’t too cold in the building, but the conditions must have discouraged other people because for most of the time I was there I had the place to myself. I sat in the darkest corner and kept pretty still, so the wildlife was able to forget me and get on with the serious business of finding food, which gave me plenty of interesting things to watch and photograph.

I’ve havered for quite a while over tonight’s photos, but in the end I just had to feature this male brambling, because he’s gorgeous, and because I’m very happy with the image. And also, though in theory the homeward migration of bramblings doesn’t begin till March, I don’t think I can rely on the little flock at Hillers staying for another month, if winter continues to shade into spring as it has been doing recently: every time I visit now, I wonder if they’ll still be there, or if they’ll have set off back northwards. 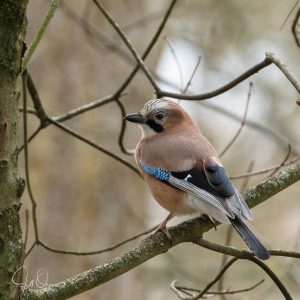 This jay was the only other serious contender for top spot tonight, but lost on points because on both its visits to the clearing it chose to perch in a messy, twiggy environment rather than against a clean background. Nonetheless, this is the best photo I’ve yet taken of a jay – a bird that can be summed up as secretive, solitary and skittish – so even though it’s far from being a competition shot, I was delighted to have captured it.