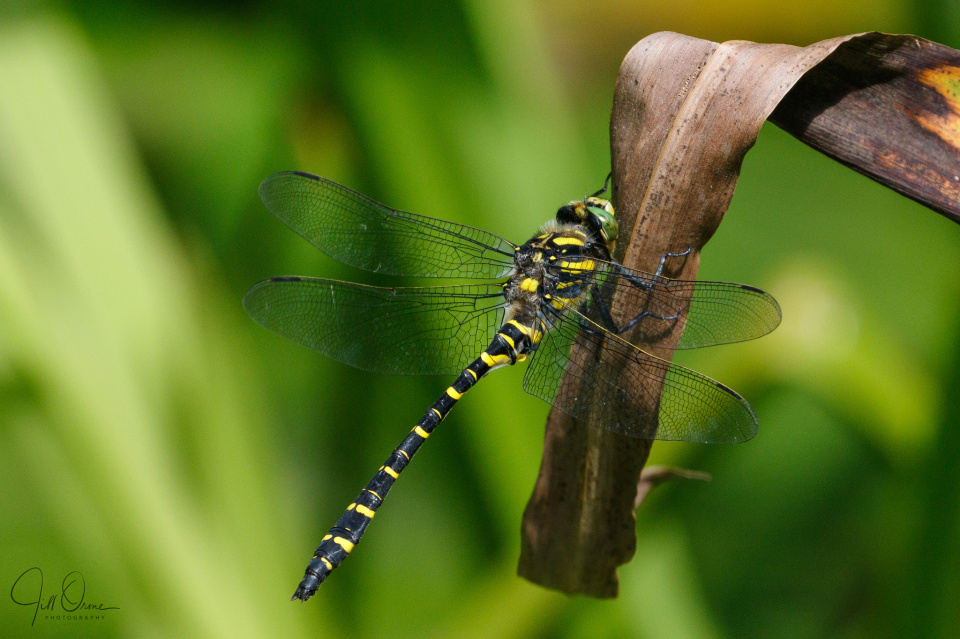 To Cardiff again today, where everyone in the household is as diseased as we are, though G seems to be fighting off the plague more successfully than the rest of us. This morning Baby B was quite affronted by our coughing and sneezing, which I thought was unfair in the circumstances, but over the course of the day he seemed to remember that he does quite like his grandparents (within reason), and by the end of the afternoon he was babbling away and playing his hiding-under-a-muslin game with us – so I think we’re largely forgiven. He’s getting ready to attend his first music festival, and in preparation has bought himself a spiffy yellow waterproof coat (very chewy), some jazzy ear defenders, and a big backpack carrier which lets him ride in elevated comfort behind a parent like some kind of minor potentate.

During B’s lunch time nap R and I went over to Forest Farm, where there was plenty of Odonata activity: we saw dozens of Common Darters, several Golden-ringed Dragonflies, a Southern Hawker, and numerous blue damselflies, all out and about looking for food and love. We’re now so experienced in the habits of the local Golden-rings that we marched straight to where we expected to find them and duly did so, but that didn’t mean that photographing them was easy: their flight is so fast and fluid that I haven’t yet managed to capture one in motion, and when they come to rest they tend not to perch for long. This is my best capture of the day, and I’m more than happy with it, but I’m rather sad to have missed immortalising the moment when an unfortunate male Common Darter hovered too close to a female mallard, which calmly took him out of the air and swallowed him. That truly would have been a competition shot.