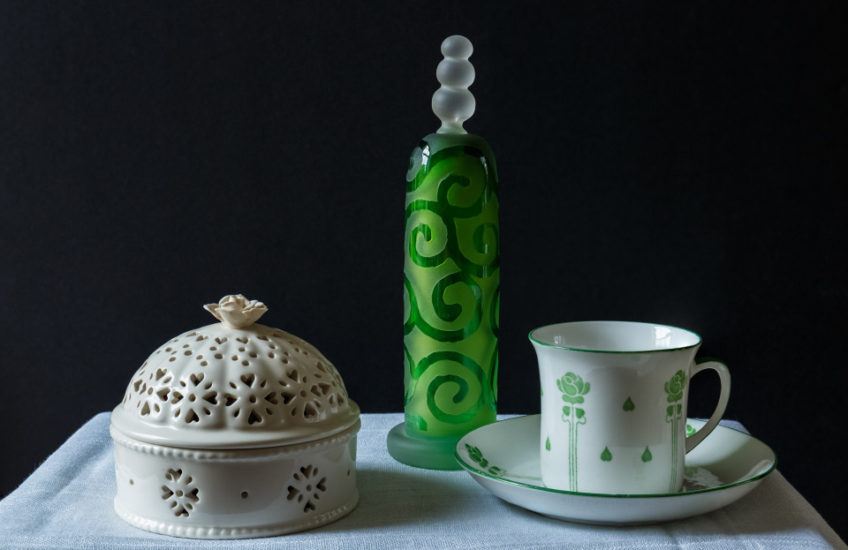 After a night of disturbingly stormy weather – though we had a lot less to contend with than many people on the South coast – today was dark, cold and dank. Given that – and that I’ve also got a bit of a cold – I wasn’t exactly inspired to go off out with the camera.

So, what to photograph…?

I decided to have a go at a still life, and I think it would have been quite a good idea if I’d started it two hours sooner than I did. As it was, by the time I’d selected three objects, found some side light to put them in, constructed something for them to sit on that brought them up to tripod level, taken a set of shots, examined the shots, cleaned all the dust off my objects that I hadn’t noticed at the outset, and set everything back up again, dusk was falling very rapidly. I wanted natural light, but that there was so little of it that I had to keep putting the sitting room lights on to check my focus, and then turning them off again to take the photos.

Nonetheless, I quite like this, and I’ll probably do some more on other bad weather days.