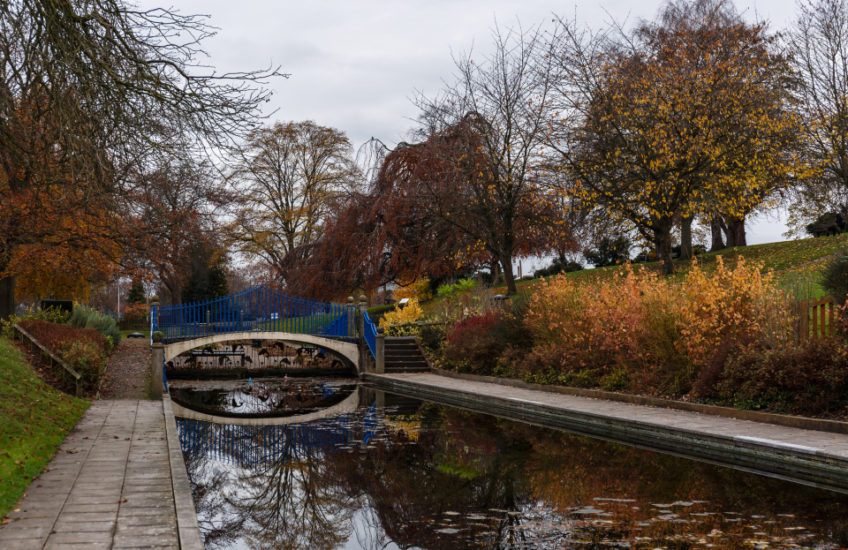 I’ve never blipped the lily pool in Evesham’s Abbey Park before, because it’s generally pretty unimpressive; but I liked the autumnal look of the place on this dark and murky afternoon. It’s said to be fed by a natural spring which rises higher up the slope, by the War Memorial, and to be sited in the place where the monks of the Abbey used to farm fish so as to have a ready supply of food.

R and I were out and about looking for, and failing to find, a pair of small oak side tables to put on either side of the new sofa in the snug, which we need because we’re too lazy to sit and hold our own wine. We’re now exploring the minefield of on line furniture purchasing, but after two hours of (relatively good-natured) discussion we’ve decided to sleep on the idea and revisit it tomorrow.

If we succeed in this endeavour without involving divorce lawyers, I think we’ll be able to claim that we’re at least as well qualified to negotiate with Europe as Theresa May’s Three Stooges. Or as I prefer to think of them, the Two and a Half Horsemen of the Apocalypse.