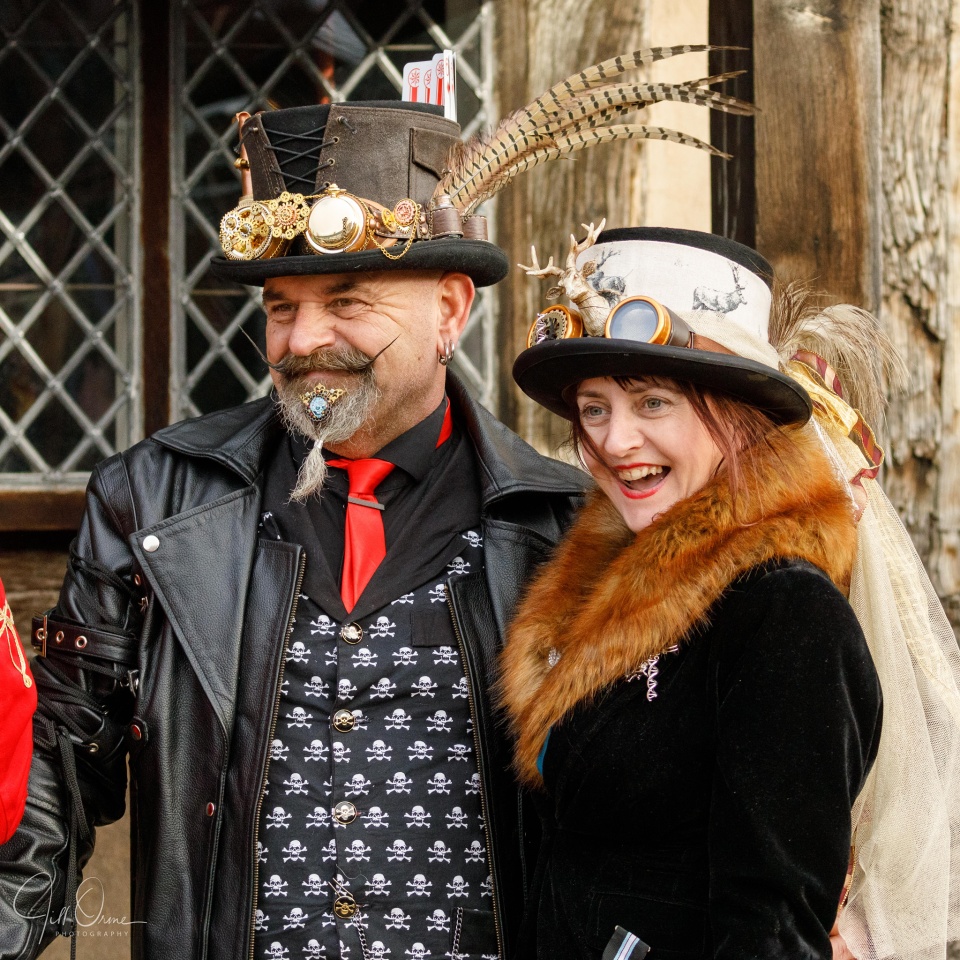 We don’t have a Steampunk convention in Stratford-upon-Avon, more’s the pity, but this fabulously dressed couple and two of their friends came to town today for the Victorian Christmas market, and I happened upon them outside the library, where a number of excited tourists were taking their photos. I can’t decide whether it’s the hats I love the most, or the gentleman’s waxed moustache and beard brooch, or just the sense that they’re thoroughly enjoying their lives and being a part of the Steampunk community.

One thing I didn’t love was the Victorian Christmas market, which lay somewhere between the Third and Fourth Circles of Hell (though some of the food stalls did smell tempting, I’ll admit). It’s a strange thing that I have the patience to sit for hours in a hide, or to stand on a cold hillside, waiting for some wild creature to show up – and then, when they don’t, to go back and repeat the waiting another day; and yet being surrounded by so many people that I can’t walk unhindered down the street reduces me to gibbering frustration.

“The word ‘clubbable’ means a different thing to you than it does to most people, doesn’t it?” observed R, as – hissing gently – I bolted along a ginnel towards open ground. “For them I don’t think it conjures up images of hitting someone with a stick.” I’m charmed that (after the more than three decades we’ve spent together) he understands me so well..

Should you be interested, my Duck of the Day is here.