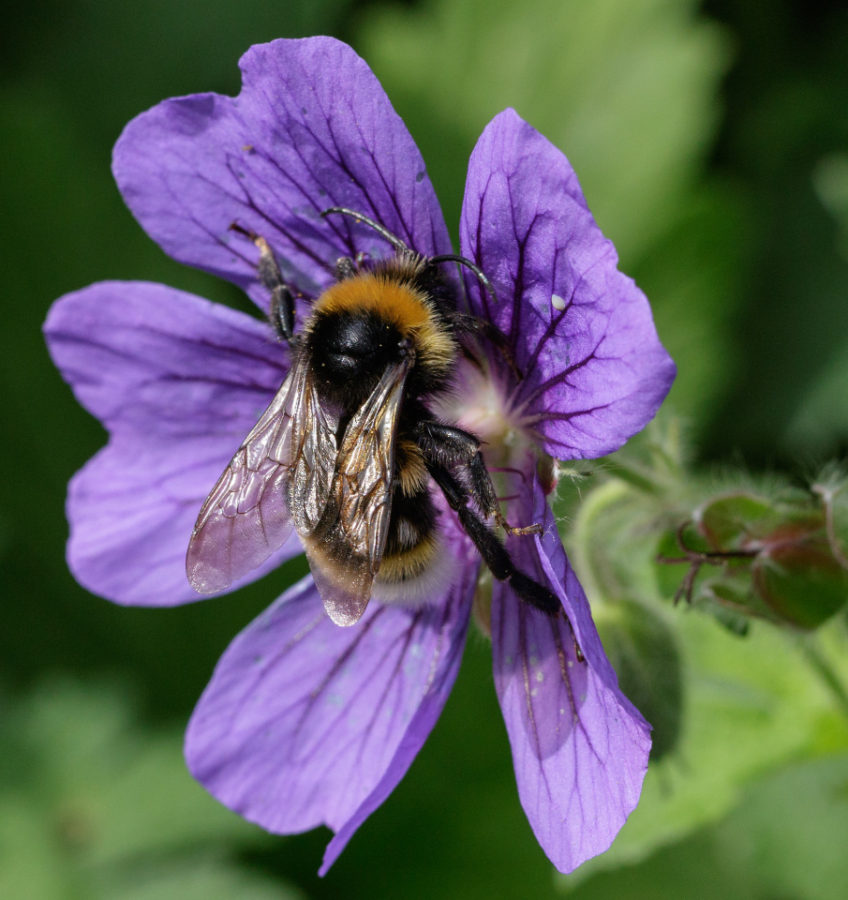 I had a fairly horrid day today, for reasons with which I won’t bore you; but suffice it to say that by the time I made it out into the garden with the camera, late this afternoon, I was wilting with tiredness and general upset. It says something about his antics that this Bombus vestalis (Vestal Cuckoo-bee) interested and amused me enough to have me chasing him around for about quarter of an hour: he was far too big to be able to forage comfortably from the geranium flowers, and had to throw all manner of strange shapes in order to cling on, leaving me wondering whether he was managing to consume more calories than he was expending.

My mental soundtrack for him went something like this – though to be honest, I don’t think he’d have passed the audition. I’ve put a few other shots of him here.

I’ve never seen a female of this species (though clearly there must be some in the area), but they’re larger than the males so must be really very impressive. They need to be big and tough because each one chooses and invades a Bombus terrestris nest, killing first the mature workers and then eventually the queen; the B. vestalis then lays her own eggs in the nest, and the younger B. terrestris workers and those which hatch after her arrival tend her larvae.