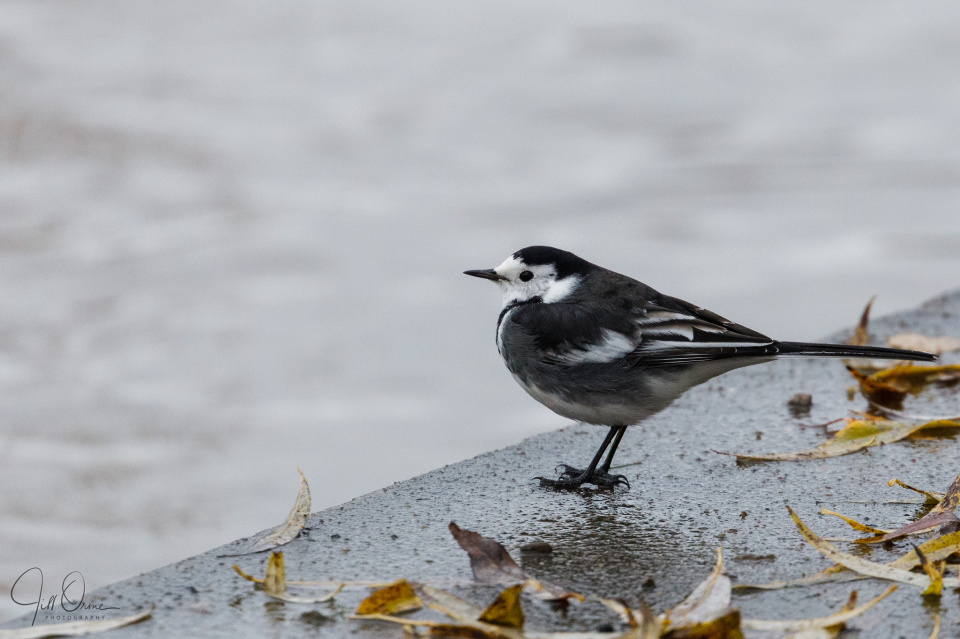 Despite the ongoing misery of our weather, R and I decided that we had to get out of the trench today, even if it meant walking in the rain. Which it did. Stout shoes were needed for the south side of the Avon in Stratford – the river is still within its banks, but some areas of the park and several sections of the path are flooded, to the delight of various dogs and some black-headed gulls, but less enticingly for humans.

About a month ago there were several grey wagtails noodling around the banks of the river near the theatre, but I haven’t seen any since then, and today there seemed to be pied wagtails everywhere we stopped. Unless it was just one very active bird, following us around – I rather like the idea of him repeatedly presenting himself to my camera, but then flouncing off in a princessy way whenever I asked for a photo.

Despite his restlessness – and as the genus name suggests, they’re rarely still for more than a split second – I was quite pleased with this shot, which shows the alert attitude that characterises these smart little birds. There are various theories as to why they bob their tails almost constantly, but they’re all speculative and none is especially convincing. Their flight pattern is a kind of rollercoaster swooping, which shows off their markings very nicely, and which in theory shouldn’t be too hard to photograph – but I’ll need far better light than today’s if I’m ever going to manage it.