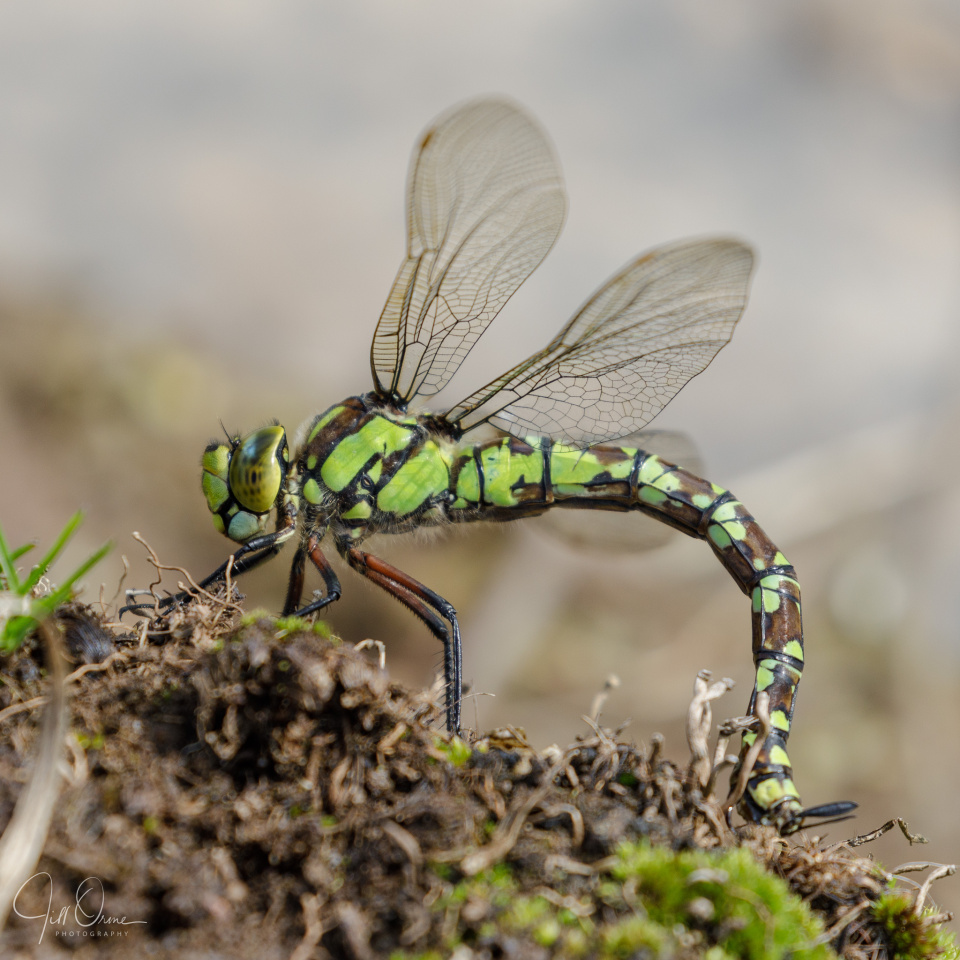 She’s very fresh, and surprisingly bold: I was trying to chase down a nervous Brown Hawker, which was ovipositing deep in some foliage, and came quite close to standing on this Southern Hawker because she completely ignored my approaching feet. You can’t see it from this angle, but she has a dark splodge on her frons, which is how I know that I haven’t photographed her before – and why I’m calling her Spot. She doesn’t answer to it yet, but it’s early days.

This evening R found one of our hedgehogs lying under the cider apple tree in a way that made him think she might be ill. He fetched some food and water for her in case she was hungry or dehydrated, but she just continued to lie quite still and ignore him. At this point he came back to the house and asked if I’d take a look at her, and when we got back to the tree she was still in the same spot and barely responsive; so we put her on a bed of hay in a cardboard box, and made an emergency dash down to the Vale Wildlife Hospital at Beckford, which is staffed through the night.

The young woman on duty took her away into the hospital and checked her over, but apart from the fact that she was still quite torpid couldn’t find anything specifically wrong with her; so she said that it would be best if we brought her back home, in case she was tending a nest of hoglets. So back we came, and took the patient down into the now pitch-dark garden, where we tucked her under a low-growing dogwood. Ten minutes later R couldn’t resist going to check that she was still breathing – and found her trundling around like a hog who’d wasted half the evening driving around Worcestershire on a fool’s errand, and now had a lot of gardening to catch up on.

It’s getting bad when even the local wildlife starts indulging in attention-seeking behaviour.