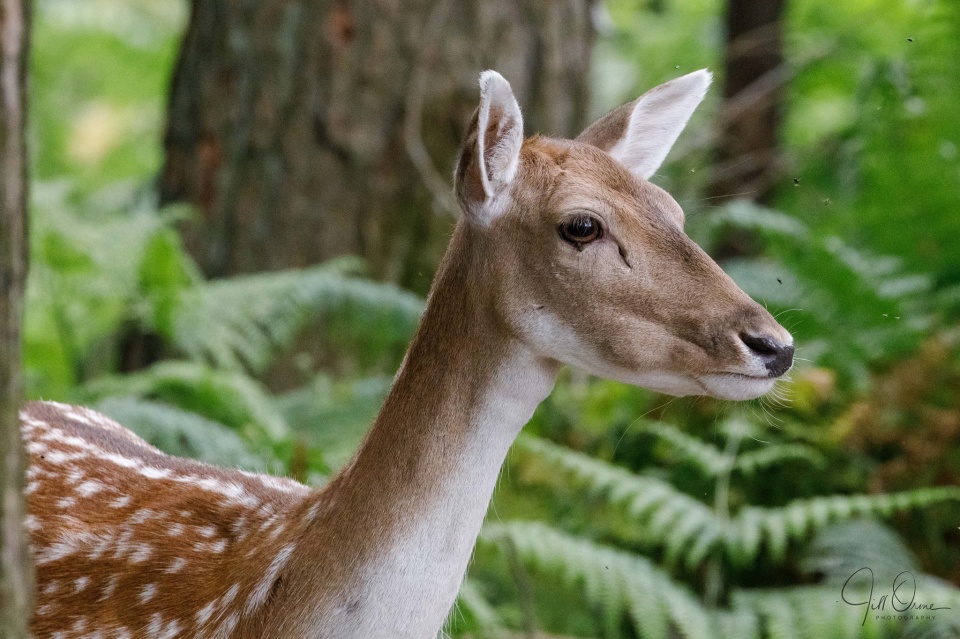 R and I went up to Hillers this afternoon for coffee, and – I confess – cake, and then I left him reading in the café and went round to see what might be going on at the bird hide. The first thing that happened was that I met some people who clearly knew who I was, but whom I didn’t recognise at all, which was slightly embarrassing, though obviously it was their own fault for not being dragonflies. They hadn’t been to the hide before, and we agreed that it’s a great resource; they’d only seen some birds and squirrels, but they were excited when I told them that on winter afternoons you’re quite likely to see fallow deer coming in to feed on the leftover farm shop produce.

They left, and I went into the hide and sat down, and almost immediately two fallow does came very cautiously into the clearing and started browsing. I thought of going after my (apparently not) new acquaintances to tell them about this, but the deer were very skittish and were keeping a close eye on me, jumping if I so much as moved the camera, so I was pretty sure they’d leave if I stood up. In fact, after a few minutes something in the wood startled them, and they did go, but a little later this one came back on her own, and as she picked her way through the produce she gradually came closer and closer to the hide, and gave me ample opportunity to capture her portrait.

I can report that this doe is extremely fond of strawberries, but doesn’t mind balancing her diet with the odd cabbage leaf; and she prefers white bread to the fancy stuff. She was putting up with the attentions of that gang of flies quite stoically, having no other option, but could really do with someone introducing her to the Avon Royal Marines insect-repelling body spray.