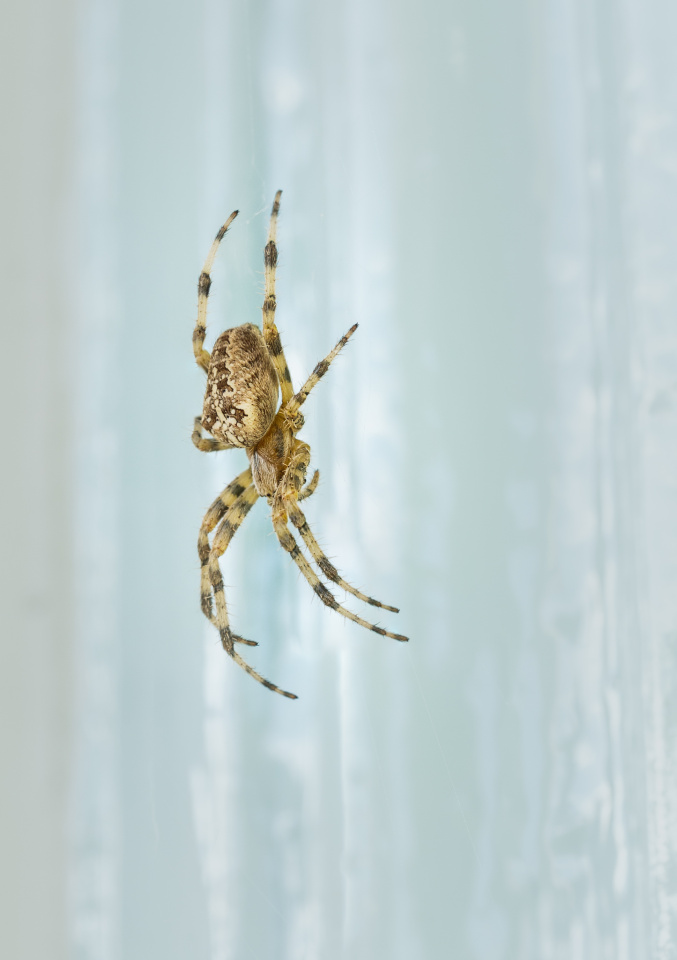 I woke this morning with a huge arthritic flare in my hands – not surprising after the stress of the past couple of weeks, but most unwelcome, especially as I have an appointment with the rheumatologist on Wednesday. He and I already disagree about most things, including the nature and amount of the poison I need to take, and this isn’t likely to make our conversation any friendlier. Sigh.

Anyway – enough of that. Many people have far worse stuff to put up with.

This garden spider (Araneus diadematus) has built its web next to the front door, pretty much at eye level. I’ve been chatting to it for the past couple of days as I’ve gone in and out, but not really getting much response. This morning R opened the front door for the supermarket delivery, and called out to me that the spider was looking rather handsome in the early morning light, so I wandered downstairs with the macro.

If the delivery driver was in any way surprised to have to climb over an old bat in a floor length dressing gown, standing out in the porch pointing a large camera at a spider, he wisely kept his reaction to himself. The spider was also stoical.

I took enough shots to do two focus stacks. R and I both preferred this three-shot stack because of the ways the spider presents against the background; the other, five-shot stack is here. Unless you’re arachnophobic, please do take a look full-screen.