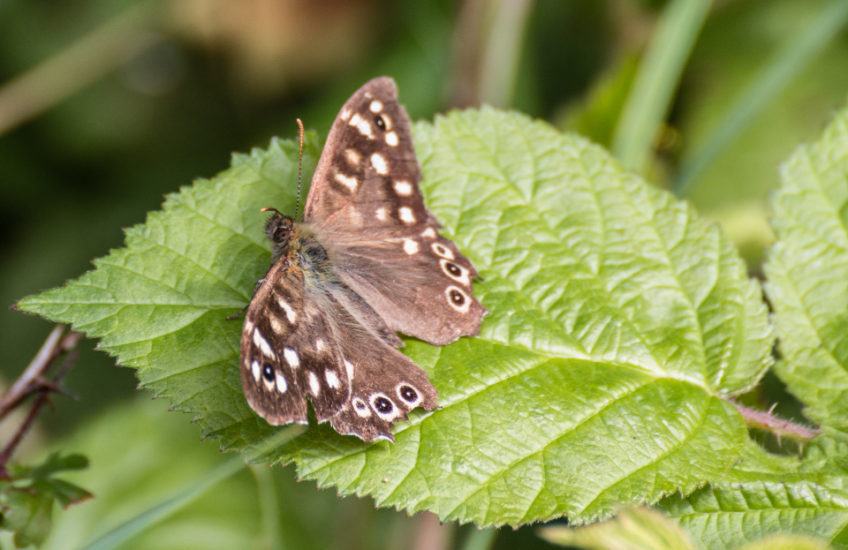 This may not be the most exciting photo I’ve ever taken, but I was pleased to have spotted and snapped another species of butterfly which was new to me. It’s extraordinary how ignorant I was about insects before I became interested in trying to photograph them – I feel as though I owe the entire insect world an apology for my previous lack of interest in it.

The Speckled Wood is found through most of Europe, and is only this drab in the northern part of its range – in south-west Europe it’s orange and brown. This one was moving around the leaves of a patch of bramble, and appeared to be looking for food – which in fact was likely, because it mains eats honeydew, and only rarely visits flowers. The caterpillar feeds on grasses.