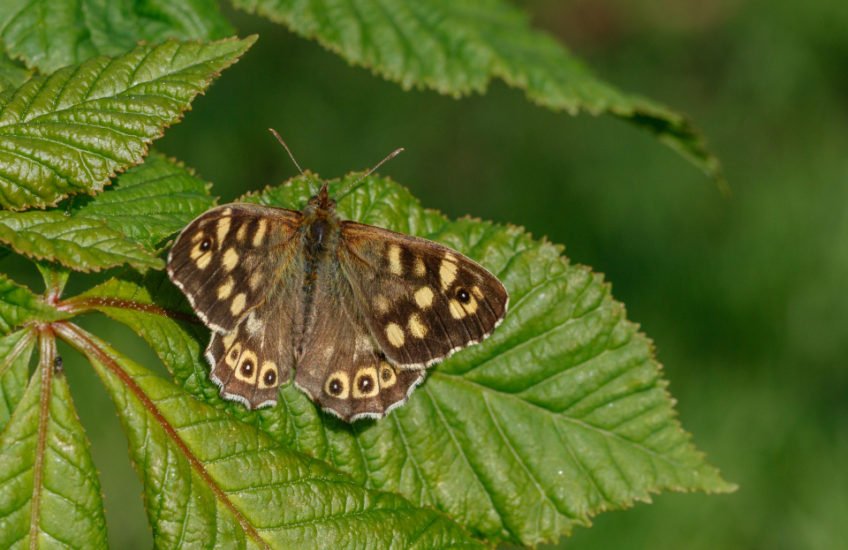 I don’t have much to report today, owing to the fact that I’ve spent most of it buried in Lightroom, processing image files from Amsterdam. If you missed it, there’s one I’m quite pleased with of the Rijksmuseum Library here.

I did take a combined photo and bug recording walk around the garden this afternoon, but I’d left it a little late and there weren’t many bees or hoverflies about. There were several butterflies, but this early in the season they’re very actively looking for partners and/or rivals, so most of them didn’t settle anywhere to be photographed; the exception was this Speckled Wood (Pararge aegeria), a species which is more inclined to sit around than some others because, rather than nectar, it feeds on honeydew from the surfaces of leaves.

I tend to think of the brown butterflies as drab, but picked out by strong, low sunlight against the bright green of a fresh red chestnut leaf, this one looked rather nice. I haven’t increased the saturation – in fact I needed to reduce the contrast, and this flattened the colours a little – in the flesh, this scene was positively glowing.