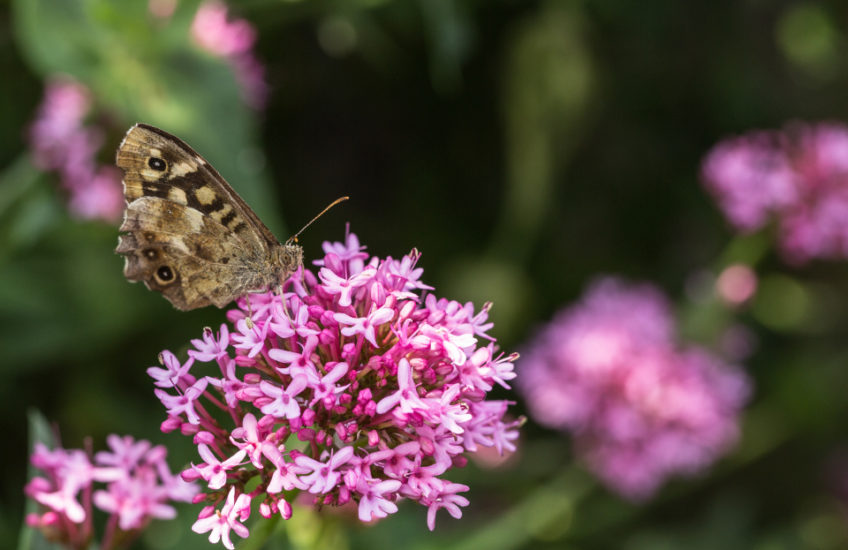 The received wisdom about these little brown butterflies is that they eat honeydew from the surface of leaves, rather than drinking nectar – but I stalked this one round the front garden for about quarter of an hour while it travelled from one red valerian flower head to the next, and it certainly seemed to be drinking.

For quite a while it was moving too quickly for me to photograph, but I eventually cornered it – this Centranthus plant is hanging down the outer surface of the garden wall, and this particular flower head is low down, near the grass verge, so as I slowly approached I was effectively blocking the butterfly’s escape route. Its response was to fold its wings and become very still, presumably in the hope that I wouldn’t notice it. I slowly squatted down so that we were virtually eye to eye, and then once I’d shot right to the inner focus limit of the macro lens, I went away and left it in peace.