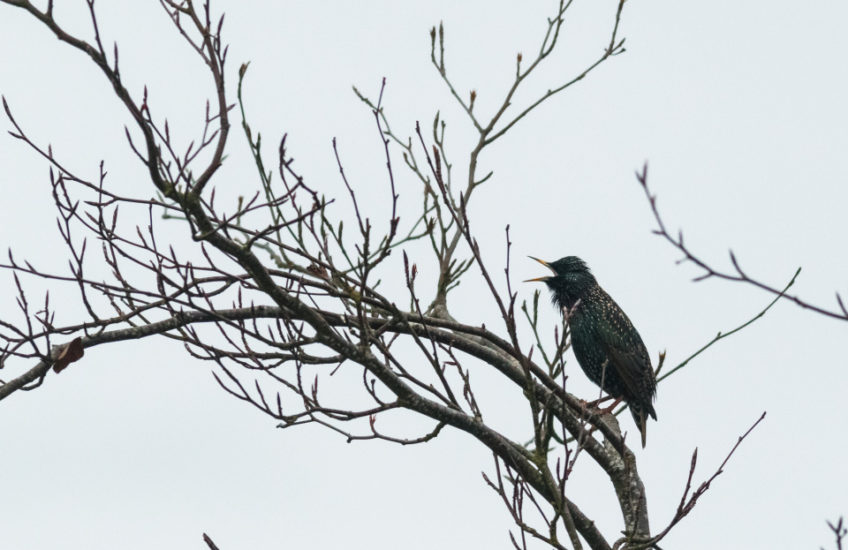 After a late and restless night I woke this morning irritable and viral, with a horrible sore throat. I very much didn’t want to speak to anyone, so it was lucky for R that he was working off site today, but I found myself having to open the door in my pyjamas (Noooh Missis! Titter ye not!) to a neighbour from almost the other end of the village, needing to collect a parcel which was left with us yesterday because no-one else on the street would accept it.

By this point I was really quite grumpy, and sadly the weather was too – after the lovely day we had yesterday it was very disappointing to find that we were back to being enveloped in heavy, dank murk. It seemed that my chances of getting a sky shot to mark the Solstice were pretty slim, so I stayed at home, bickering with the tree surgeons sent round by the power company to cut back all the village trees that endanger the overhead power lines, and also, it appears, to annoy me. I won’t bore you with the gory details – suffice it to say that the gang leader and I fought each other to an honourable draw, and by the time he knocked on the door to tell me they’d finished our trees and were leaving, we were almost on Christmas card terms.

I took this photo through an extremely dirty window, at long range, using the Big Lens, early this afternoon – and even though it has all manner of technical stuff against it, it’s still my favourite of the day. But shortly after bidding a fond farewell to the tree surgeons I realised that there was a patch of clear sky appearing in the west, and that if I shaped myself and went out there was a chance I could get a Solstice shot after all. So I zoomed off down to Broadway and managed to score a few photos of the dusk sky and the Christmas lights, one of which I’ve put in here as an extra; the others are in my Cotswold album on Facebook. 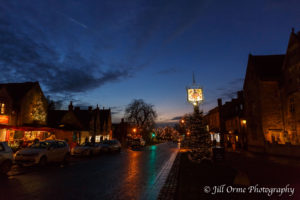