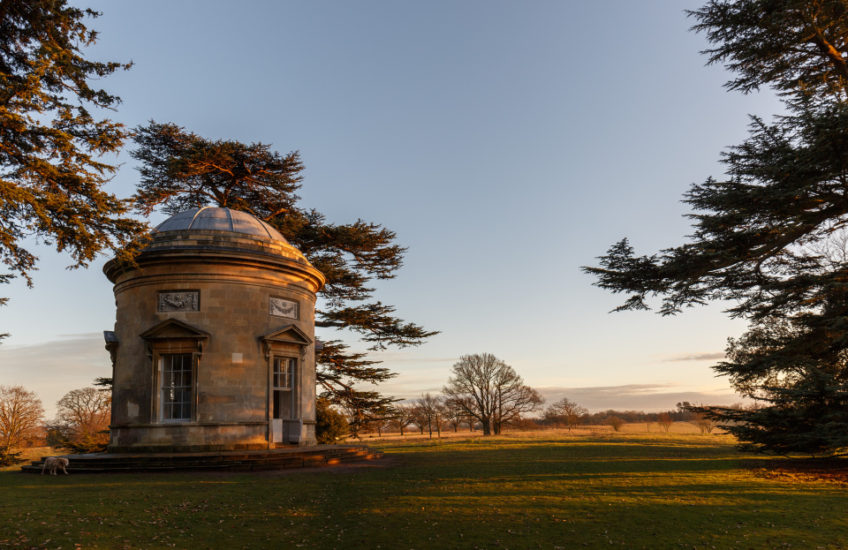 After spending the early part of the day doing useful things – laundry, computer updates and gift wrapping, mainly – I decided that a little life-enhancement was in order; so I zoomed off to Croome, arriving about half an hour before sunset. As you can see, our roller-coaster weather had produced another nice evening, and I was rewarded for choosing the upper path through the shrubbery by catching the Rotunda picked out in this lovely low light.

The park at Croome was landscaped in the mid-C18th by Lancelot ‘Capability’ Brown, who worked so closely with George Coventry, the 6th Earl, that the two men became close friends. Brown designed the Rotunda as a garden room; the cedar trees which shade it were planted at the time it was built. Some of the exterior detailing is by Robert Adam, who also worked with Brown on the church within the park.

I was a little concerned about the old retriever who wandered into this shot as I was framing it, because he didn’t appear to be with anyone – but he was wearing a tagged collar, and was absolutely uninterested when I tried to engage him in conversation, so I decided that he must know where his people were even though I couldn’t see them.