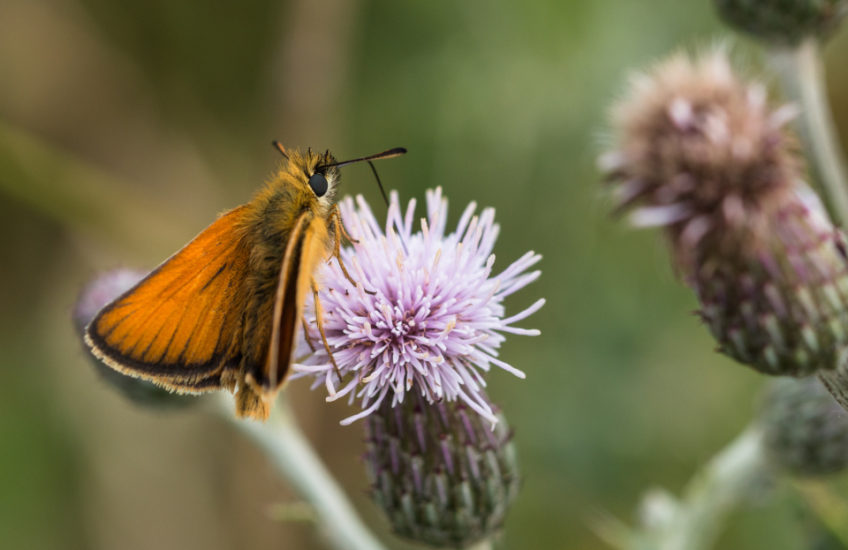 Today the British political scene, which has been lurching back and forth over the past few weeks like the Millennium Falcon trying to outmanoeuvre a squad of TIE fighters, took one more stomach-tilting dive to the side and then made the leap into the relative calm of hyperspace. Everyone took a few deep breaths, shook themselves down and then went and had a nice cup of tea.

As I tried to work out what pressure had caused the unattractively ambitious Andrea Leadsom to abandon her attempt on the nation’s top job, my researches across various political columns and blogs led me to fantasise a scene reminiscent of Yes Minister. I’d like to stress at this point that the following is written in the spirit of homage, and not of plagiarism – in other words, I hope no-one sues me. Jonathan Lynn and Antony Jay would clearly have made a much better job of scripting it, but I like to think that events might have run somewhat thusly:

B: Good morning Sir Humphrey. What’s on our agenda today?

Sir H: I think it’s time for this little local difficult within the Conservative Party to be resolved, Bernard – for the good of the country.

Sir H: Yes – the whole thing has gone on long enough. I’d like to see a new Prime Minister in place by the end of the week.

B: But Sir Humphrey – is that in our gift? What about the democratic process?

Sir H: Oh, Bernard! It’s the democratic process that has got them into this mess! Now it’s up to us to get them out of it again.

Sir H: So, Mrs Leadsom will resign from the contest, and Mrs May will be appointed Prime Minister.

B: But Sir Humphrey – how can we make that happen?

Sir H: Poor Mrs Leadsom has had a rather torrid weekend, you know, Bernard; and when it’s explained to her team by the editors of a few conservative-leaning newspapers that their scrutiny of her life and previous employment record is about to become much, much more intense, I’m sure that she will see that continuing with this contest is against the best interests of the country.

Sir H: I have never personally met Mrs Leadsom, Bernard – I take no interest in the affairs of the Minister of State for Energy. But the affairs of a potential Prime Minister are another matter. My sources tell me that if she becomes Prime Minister, Mrs Leadsom is planning a wholesale redecoration of Whitehall, beginning with the removal of much of the existing furniture.

Sir H: Sackings, Bernard – there will be sackings. Heads will roll. Beginning, I hear, with Mark Carney.

B: Mark Carney? The Governor of the Bank of England? But – isn’t he a Good Thing?

Sir H: I would say so. For a Canadian. But apparently Mrs Leadsom took great exception to his forecast of an economic downturn in the event of a referendum vote for Britain to leave the European Union, and she wishes his head to decorate a plinth in the corner of her office. I hear that senior Whitehall officials charged with managing our relationship with the European Union are also to be removed.

Sir H. Quite. I have served this country for forty years, Bernard, and I do not propose to have my career ignominiously terminated at this juncture. So. We must act now – for the good of the country, obviously.

B: Obviously…. So how are we going to get the Press to… umm…?

Sir H: We’re not, Bernard. A senior member of the Parliamentary Conservative Party with close but unpublicised links to Fleet Street is going to do it for us.

B: But Sir Humphrey! Isn’t he the one who rewrites his own Wikipedia biography?

Sir H: So, you will phone him and tell him that I would be most grateful for five minutes of his valuable time, at his earliest convenience, on a matter of National Importance. I will then explain to him the seriousness of the situation… time of grave national peril… economic instability…. need for a rapid move to steady the Ship of State, and so on… and give him the opportunity to have the idea of phoning some of his friends in Fleet Street. He will call them. They will call Mrs Leadsom’s team. She will stand aside. Mrs May will be appointed Prime Minister. If we move quickly on this we should be able to have the whole thing wrapped up by lunch time.

Sir H: And then I will buy you lunch Bernard, and we will both take the afternoon off. I shall go home and dead-head my roses.

Sir H: Oh, I think so Bernard. Saving the country from peril is quite enough work for one day. And I think it might be better if we were elsewhere when Mrs May returns from the Provinces. If her eye were to fall upon us, she might start to wonder if she had achieved this victory all by herself.

B: I would have thought you would want her to know…?

[With grovelling apologies once again to Mr Lynn and Sir Antony.]

So anyway, the upshot was: Andrea left; Iain Duncan Smith got in everyone’s way and appeared to be crying; Tim Loughton was too upset to speak, but has since released this statement accusing the Press of spin and underhand tactics. Ahem.

Almost the very best part of watching this on Robert Peston’s live feed was seeing comments scrolling up below it as they were posted, and knowing that far-right Brexiteers’ brains were exploding with rage all around the country. Though as R said when we discussed it a few minutes later, you do have to wonder what they’re going to do with all that rage now…

Cameron wandered out into Downing Street and said he was going to do one more Cabinet Meeting tomorrow and one more PMQs on Wednesday, and then pop over to see HMQ and deliver his resignation, allowing May to move into Number 10 by Wednesday evening. He then turned and walked back to the door humming a little tune – which is probably the first time I’ve ever actually felt a flicker of human warmth towards him. It won’t last.

Theresa arrived back from Birmingham looking quite extraordinarily calm in the circumstances, and made a statement paying tribute to Leadsom and stating that Brexit means Brexit. Whatever. That’s not what the lawyers are currently saying, but I daresay it made a good soundbite.

Sorry, what? The Labour Party? Getting messier – that’s probably all you need to know. Though you really do have to feel sorry for Angela Eagle today: due to the (coincidental?) timing of Andrea Leadsom’s statement, Ms. Eagle gave the press conference announcing her challenge to Jeremy Corbyn to a room which had already emptied of press…

Oh – and watch out tomorrow for someone called Owen Smith also challenging Corbyn. He might have more of a chance than Eagle because he’s never actually been seen to vote for bombing anyone. Also, he’s Welsh, which presumably means he can play football.

Corbyn will still win, I predict – though for the team around him “winning” apparently isn’t everything. Confused? Me too – I suggest you check out this, not least for the fact that it seems to have made Hilary Benn lose his temper. I still think that in the long run, Benn may be the one worth watching. But really – what do I know?

P.S. This is an Essex Skipper. I think.