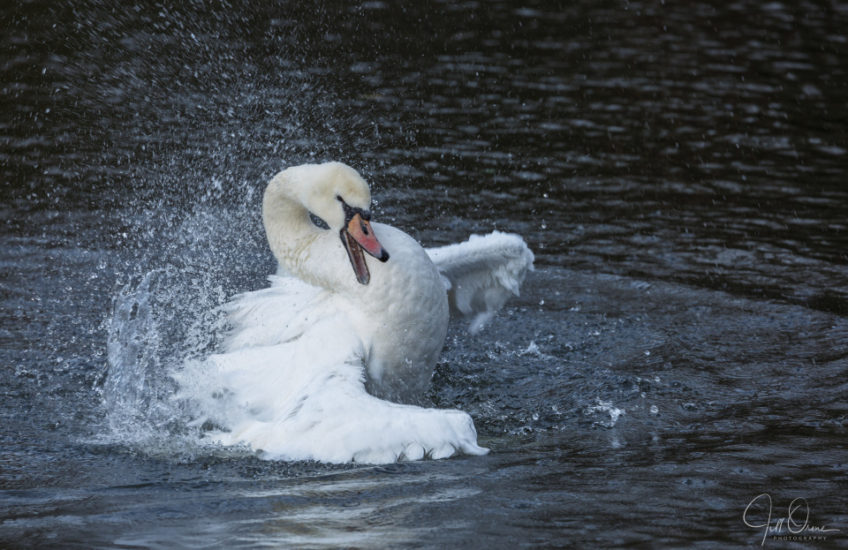 I know – it’s another photo of a mute swan bathing. But if you’ve never seen one do this, you’ve missed a treat: they beat their wings on the water alternately, presumably to wash the undersides, and wind up looking quite a lot like Animal from The Muppets (or indeed, Dave Grohl, which is much the same thing). This female also spent lot of time apparently singing in the bath (though if she was making any sound I couldn’t hear it over the din she was creating with her wings), and every now and then she’d dip her head under the water and blow bubbles, which was charming. 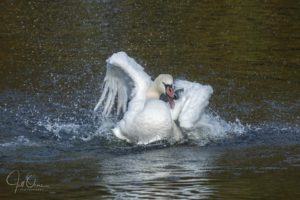 This evening R and I have been to see the new film version of Murder on the Orient Express, which I should probably tell you is awful, because I went with low expectations and thoroughly enjoyed it. I’ve always found Poirot pretty annoying as a character, and Kenneth Branagh’s less stiff and more human characterisation worked very well for me – though there was more action hero stuff from him than I felt I needed. I also adored the moustache, which should probably have had its own credit. The rest of the cast was very good, with the surprising exception of Judi Dench – I yield to no-one in my admiration for the National Treasure, but her accent (supposedly Russian, I think) meandered back and forth between The Old Vic and Somewhere in North-Eastern Europe. A friend of mine (who did not enjoy the film) complained that Dame Judi had only about twelve lines, but I could honestly have done with twelve fewer. The film finished with a reference to a death on the Nile, which felt like a teaser; I hope I’m right about that, and that MotOE is successful enough for Branagh to get a second outing as Poirot.