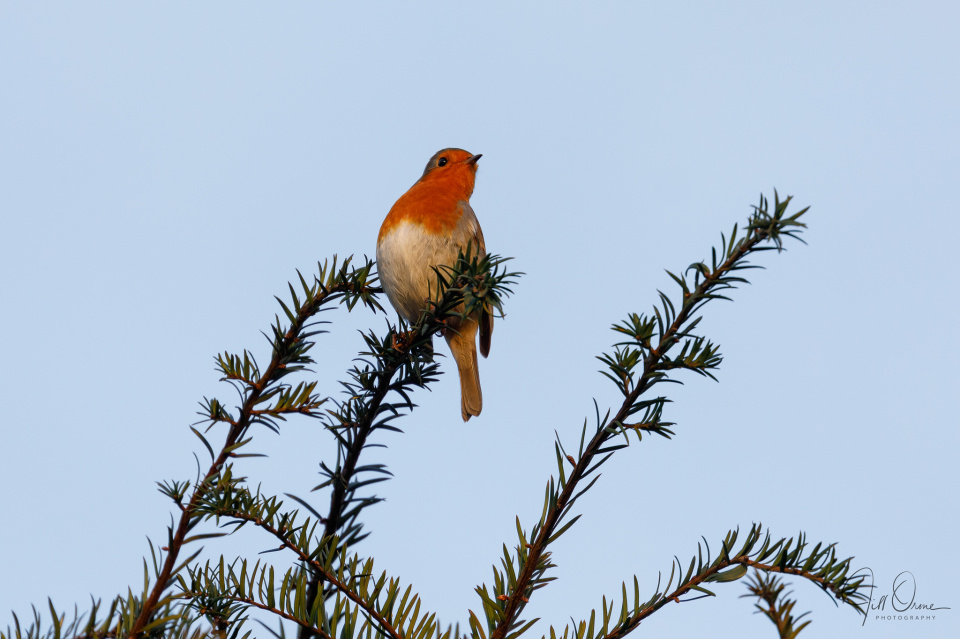 This was almost the last photo I took today, but turned out to be my favourite. I was hobbling at a rapid Mrs Overall through Old Town in Stratford late this afternoon, on my way back to the car, when I was stopped in my tracks by the sound of a singing competition between two robins. One was in a garden on the north side of Mill Lane, and though the noise was quite clear I couldn’t see it, but the other sounded to be very close to me, and when I tracked it down turned out to be sitting on top of a large trimmed yew at the edge of Holy Trinity church yard. They were singing alternately, with each bird waiting for a response from the other, and while it was waiting this one would also take up a very attentive listening position, which I thought was rather charming. I also like the way it was caught in the light of the setting sun.

My extra today is of a tufted duck checking out his fanned tail feathers after a bout of preening, looking as though he’s counting to make sure that they’re all present and correct. Tufties don’t usually carry the tail at this angle, though a fanned tail is the last thing you see as they dive; when swimming the tail is generally either held horizontally behind the bird, or trailed along the surface of the water, where I would guess that it serves as a kind of rudder. 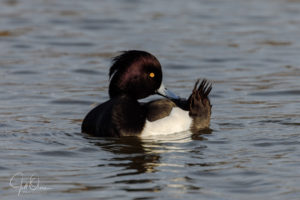