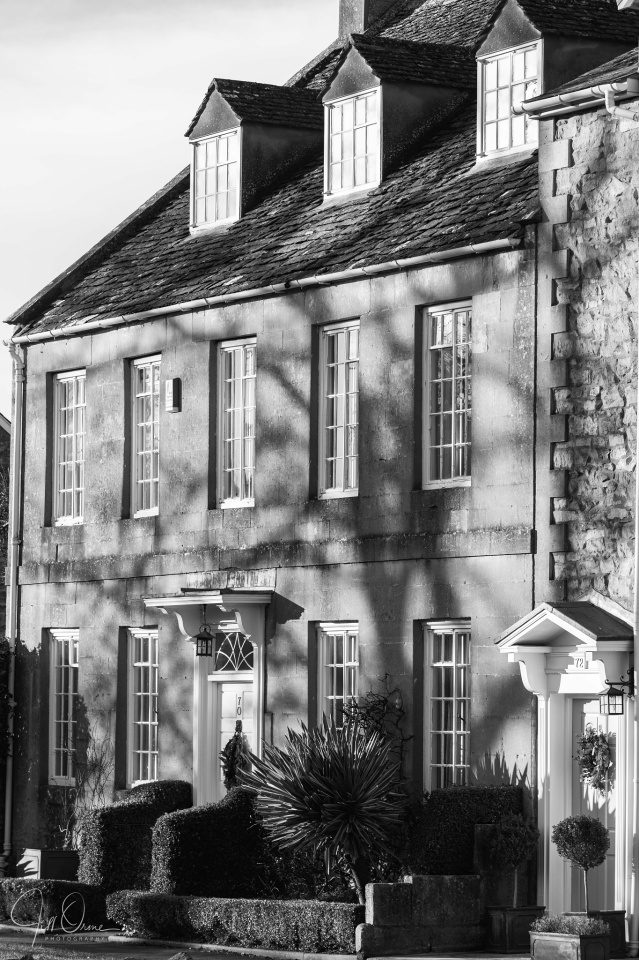 With hindsight, going to Broadway today might not have been the best decision – especially as I’d already suggested to R that we’d reached The Stir-crazy Day of Christmas, and therefore I thought there might be one or two people about. In fact there were so many people about that we couldn’t get into any of the normal three car parks, and even in the fourth one – which is so far out of the centre of the village that I hadn’t even known it existed before today – R wound up parking somewhat riskily in a space that wasn’t actually a space, because he’d lost the will to live and even a parking ticket no longer seemed like the worst thing in the world.

So that’s R and Michael Winner – not usually found in the same thought, I’m happy to say.

We then discovered, to no-one’s surprise, that we couldn’t get a table in any of the cafés – and if you don’t know Broadway, every other property along the lower High Street is either a restaurant or a café – and the Bride-to-Be was starting to make little moaning noises because it was by now two hours since breakfast and she urgently needed carbs.

The Quest for Carbs had taken us half way up the High Street, which is the end of the commercial section, and just so as to have done something which didn’t involve disappointment and frustration I said that I wanted to carry on and walk the upper High Street, which has the most amazing property, and since it became a no-through road is very definitely the nicest part of the village. So that was fun – well, I enjoyed it anyway, though my efforts to elicit enthusiasm from the rest of the party felt rather like squeezing water from a stone.

I’m posting this photo not because the house is gorgeous – though it is – but because after a murky morning the sun suddenly came out, and I really liked the light falling on frontage, and the shadow of the tree. It seems to work a little better in mono, without the distraction of the beautiful Cotswold stone.

You’ll be relieved to hear that in the event our rather tense walk improved, because by the time we got back to R’s and my favourite of the Broadway cafés some people were leaving, and I was able to secure their table before anyone else could get to it. Thus was the Quest for Carbs fulfilled, and everyone went home carbed-up and happy.

Oh, and R didn’t get a festive parking ticket, so that’s all good too.