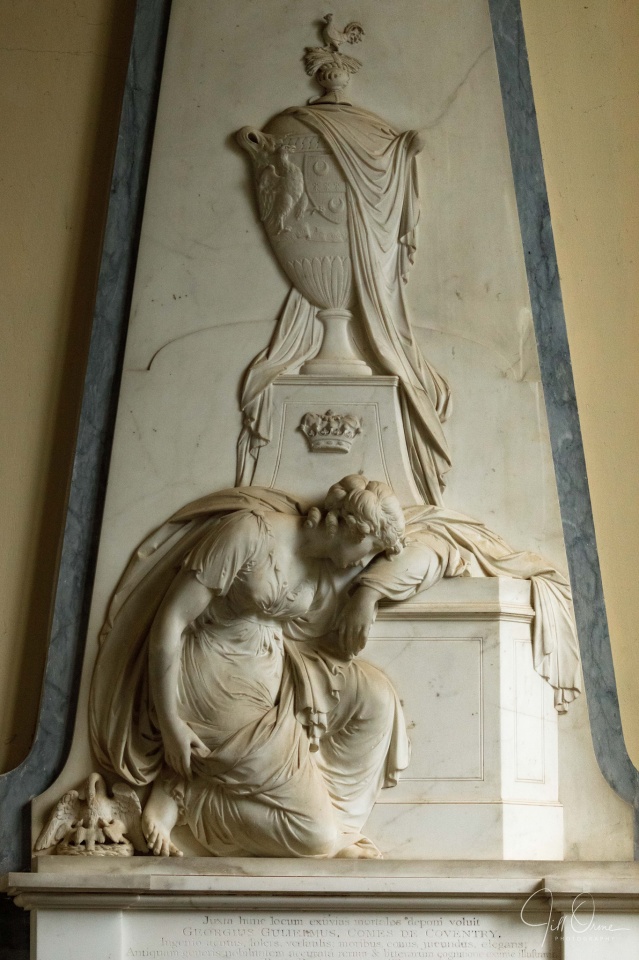 This is a monument that I think deserves to be better known. It depicts an introvert praying for deliverance on the fourth day of a family Christmas.

Sorry – just joshing. We had a nice day, despite the fact that almost the entire household is suffering from viruses, and I’m also still whining nearly constantly about my back, and occasionally remembering to complain about my jaw as well. I had the unusually bright idea of preparing a meal that more or less cooked itself while four of the five of us went for a walk around Croome (which was not deserted); and then we sat for ages around the dining table, talking and talking and talking, the way we always used to over family Sunday lunches.

I did worry for a moment or two that we’d managed to break G, when he went off early to bed, but I think it was probably the virus rather than the chatter that did for him. I hope so anyway!