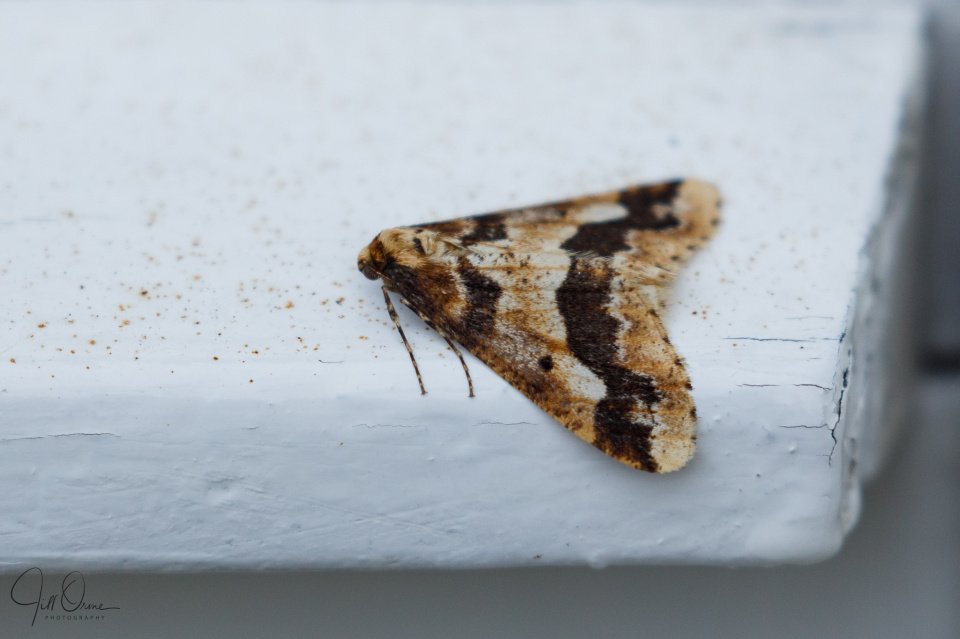 Though still tottering about like Mrs Overall, I did manage a walk today, and snapped a few birds around the village. But in the end I’ve chosen this moth, one of two Mottled Umbers that was resting on the back door this afternoon. The other was much paler, and more typically marked according to my books, but the colouring and markings of Mottled Umbers are very variable. It’s one of the species that’s known to produce darker individuals in grimy urban areas, so I have to suppose that this one is making a statement about the quality of my housekeeping.

Mottled Umbers fly from September or October, through December and sometimes into January – though only the males. The females are wingless, and look like a slightly wonky bug – perhaps a leafhopper. They hang around on the trunks of  larval foodplant species, which include oak, birch, hawthorn, apple, sycamore, and elm trees, and wait for the males to find them; the eggs overwinter on the foodplants before hatching into rather handsome caterpillars in the late spring. An infestation of the larvae can cause serious damage in a commercial orchard.