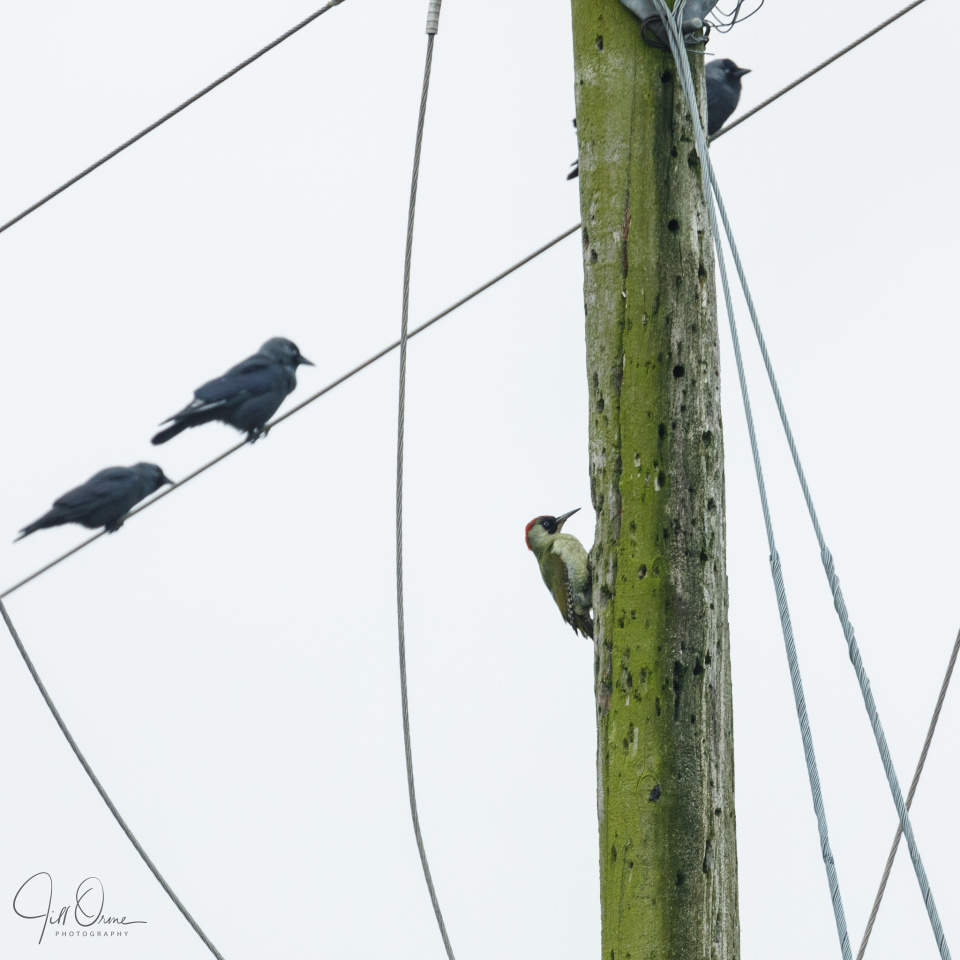 This is not pin-sharp (it was taken at distance through a less-than-sparkling double-glazed window), but I’m posting it because I found it interesting. Green woodpeckers will excavate trees for nesting holes, and in the search for grubs and insects, but their bills are softer than those of great spotted woodpeckers and they usually stick to old, soft wood. They mostly dig in the ground for prey, because ants form a very high proportion of their diet; after locating and opening up an ant nest they will excavate it with their very long, sticky tongues. R and I love these birds, partly because they’re so attractive, and partly because anything that keeps a check on the ant population around here is more than welcome to take up residence.

I wouldn’t expect to see a green woodpecker drilling into wood like this – and in fact during the few seconds I watched this female she wasn’t drilling, but was checking some of the holes already made by great spotted woodpeckers to see if there was anything tasty in them. She knew she was being stalked though: the jackdaws were sidling along the wires towards her, and a split second after this they got too close and she flew.

Every telegraph pole in the village looks like this, which tells you that we also have a healthy population of great spotted woodpeckers. I was sorry to have failed to capture the youngster I saw on Friday, haplessly – and noisily – attacking the metal cross piece at the top of this same pole. I think it must have played truant when its mother took the children out and showed them how to find food; I can only hope it works out the difference between wood and steel for itself pretty quickly.

Oh, by the way: she’s a female because her moustache is all black (very like my own). In green woodpeckers it’s the boys who wear red lipstick.