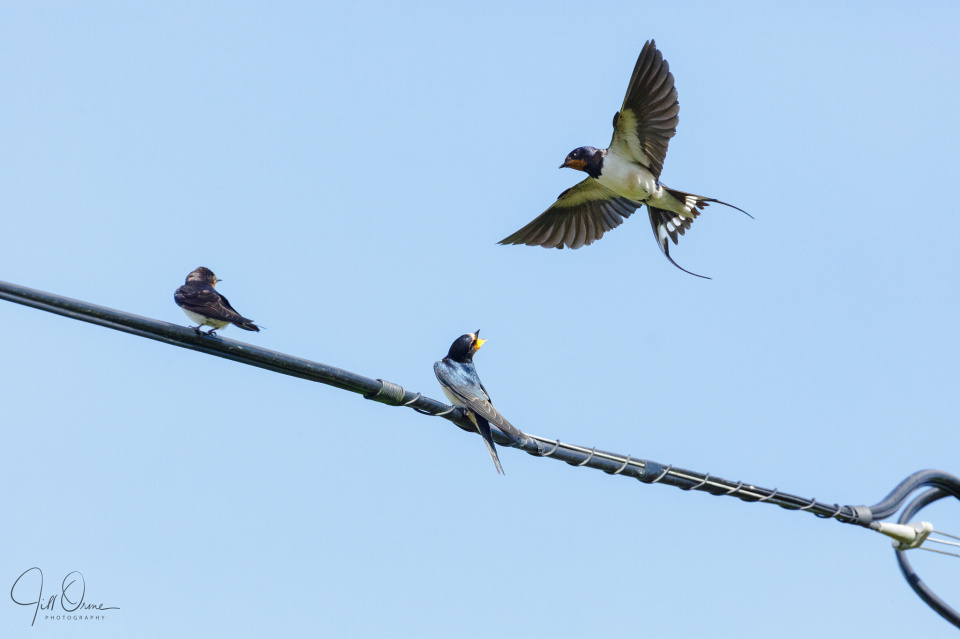 So how was your day? Ours was…. interesting.

We were en route to Hadrian’s Wall this morning, when someone drove into our car and pretty much demolished both the driver’s side doors. Luckily we and the other driver were all OK, and the car was still drivable, so after the usual exchange of information we were able to limp back to the cottage. R then spent over an hour on the phone to the insurance company, who were very good, and the courtesy car company, who weren’t.

As we then had to wait around for a (charming) man with a recovery lorry to find us and load up and remove the car, I swapped my general purpose lens for the big zoom and went out into the garden to try for some flight shots of swallows. There’s a nest under the eaves on the east side of the house, which as far as I could make out is still occupied by at least three birds. They chase each other around the nearby fields almost constantly, chattering excitedly, and when we’re not about zoom in and out of the nest every few seconds (flying right past one of the sitting room windows); but having a human standing in the garden must have made them nervous about using the nest as a base, so instead they came to rest from time to time on this telephone wire. I’ve described them as siblings, though in fact I’m not sure what the relationship is – but there’s something about their behaviour that makes me think they’re “teenagers”.

This afternoon, carless, we went for a walk along the river. Which was pleasant, apart from the interesting bit when we had to cross the river via a swing bridge – so called, because it swings. And not, as you might think, like some kind of pivoty thing, but from side to side. Not trying to big up the experience or anything, but if I never get any closer to feeling like an expendable character in an Indiana Jones film, I’ll be well able to handle the disappointment.