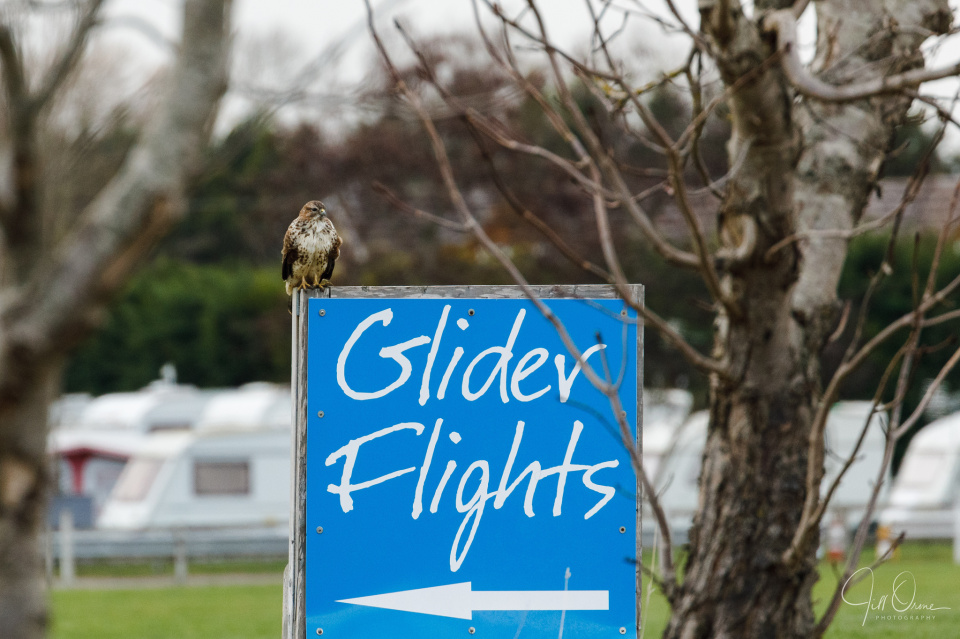 Well, if no-one else will advertise your aerial prowess, I suppose you just have to do it yourself. And to be fair, the gliding flight she made when I approached a little too close was both impressive, and took place in the indicated direction – so I think her self-promotion was justified.

I felt a little guilty about putting her to flight, if I’m honest, because life is tough for these big raptors in the winter; but by the time R had turned the car in the entrance to the gliding club and we were driving back in the opposite direction, she’d taken up a post in one of the trees along the road side, and gone back surveying her territory for prey. In the current temperatures she’ll be lucky to spot many rodents, so she’ll probably end up digging for earthworms.

Clearly having been worming already was the redwing I photographed in Stratford earlier in the afternoon. I’d been hoping that the park would provide a treecreeper, but you can’t have everything – and redwings are my favourite thrushes, so I was pleased to be able to snap this one.