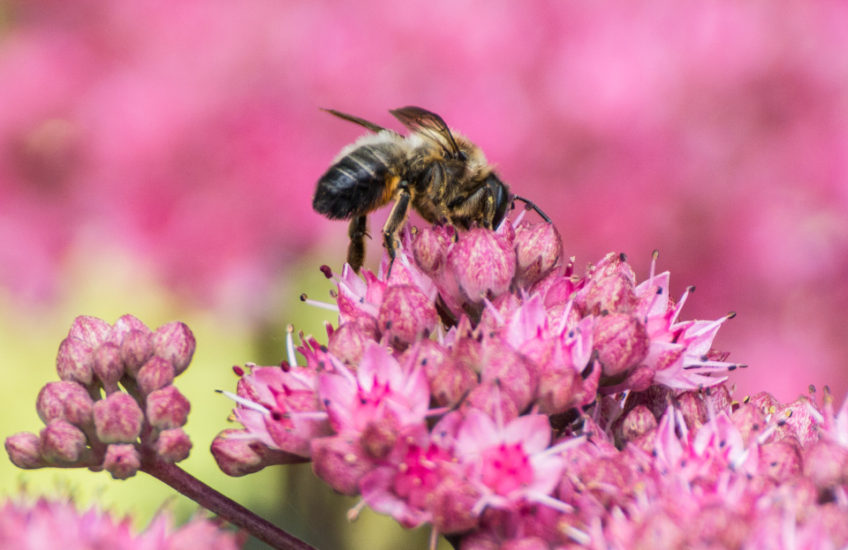 It was a lovely day today – though it didn’t get off to a very good start. When I had the dogs out for their morning walk we met the nastiest dog in the village – a corgi cross – and it managed to pull its lead out of the hand of the man who was supposedly in charge of it and attacked the boys. It actually had poor Arthur on the ground – I didn’t dare let go of his lead for fear of him simply taking off, so he was hampered in trying to defend himself. I was screaming at the little beast like the fishwife I generally try to pretend that I’m not, and trying to pull Arthur out of the way, when the owner arrived, grabbed its lead from the road and hauled it off. This is not the first time something like this has happened, and I told the man in very definite terms that if it ever attacked Arthur and Roley again I would report it to the police – to which he simply replied, “Yes, OK.”

An acquaintance was standing in the street talking to someone and witnessed all of this, and because there was another dog that’s known to be unreliable lurking loose under a car a little way further on she sweetly walked part of the way back home with me to help me fend it off if necessary. It makes me absolutely livid – neither Arthur nor Roley has ever attacked another dog in their entire lives, but they regularly get snarled and snapped at, and even on occasion attacked like this. People who can’t socialise and train their dogs to the point at which they’re not essentially unguided missiles should be banned from having them, in my opinion.

All of which R had to hear – loudly, at least twice through – when I got home. I was really very upset, and needed to be soothed with tea and chocolate and sympathetic agreement. Eventually I did calm down, and went out and spent a couple of hours working on the pear tree bed – weeding, moving things that didn’t seem especially happy and planting some of my new purchases.

The garden was teeming with insect life – including more butterflies than I think I saw on any day of the summer. There were Large and Small Whites, a Gatekeeper, a Common Blue, a Meadow Brown, a Tortoiseshell – and wonder of wonders, a fresh Peacock. For a while I stopped what I was doing and ran for the camera each time I saw a nice one, but they’d always moved on by the time I got back; so then I decided to remember that not everything in the world needs to be photographed, and I just paused and enjoyed them as they fluttered past.

There were also far more bees than I was able to identify, and most of them seemed to be on this sedum. R came and stood with me for a while and we tried to count the different varieties we could see – but they were too quick and there were too many. At first glance this one looks superficially like a honey bee, but I don’t think it is – there was a blurry honey bee in the same shot which I cropped out, and as well as being much paler it was quite a bit smaller. So I guess it must be one of the solitary bees – but more than that I can’t tell you, I’m afraid!

If you’re interested in solitary bees there is a really interesting video about them here.