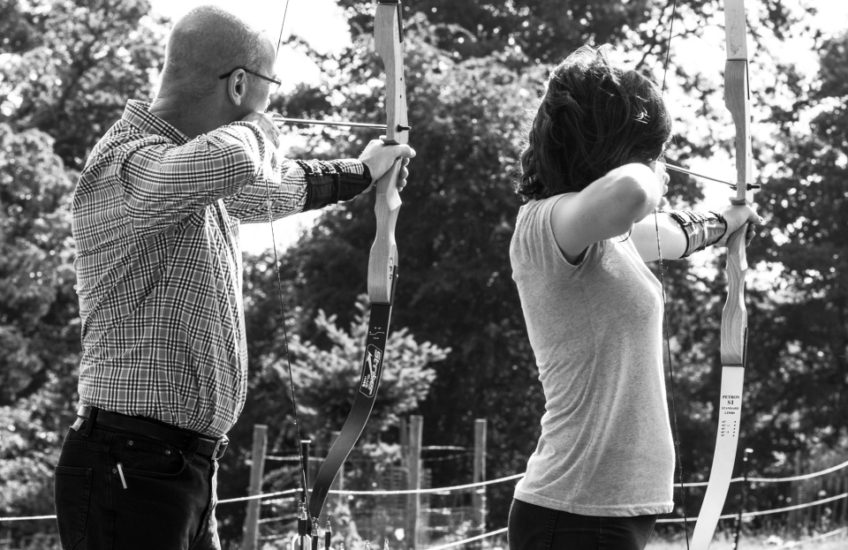 One of R’s birthday presents from Child One was a two-hour archery experience at Cotswold Archery, which is now located in the lovely setting of Batsford Arboretum, and today she came home to join him in playing with bows and arrows while I tagged along for the blipportunity.

I think R would agree that she won the game, in that she hit the gold six times whereas he managed it only once, and even then the arrow bounced off. But he was better with some of the extra bows they were allowed to try, and I think with a bit more practice he might give her a harder match.

I took this shot towards the end of the session, and I thought that rendered into mono it worked quite nicely for today’s MM theme. Obviously there are contrasts within the subject – between the two figures and between the bows they’re using. But also the light was quite strong this afternoon, and a lot of the shots I took were well off both ends of the histogram; and whereas most of my processing this evening has been about reducing the contrasts and bringing everything back into a normal dynamic range, here I’ve chosen to emphasise it. It’s not my usual style, but I think I tend to be over-cautious about these things, and having done this I rather like it. I hope you do too!