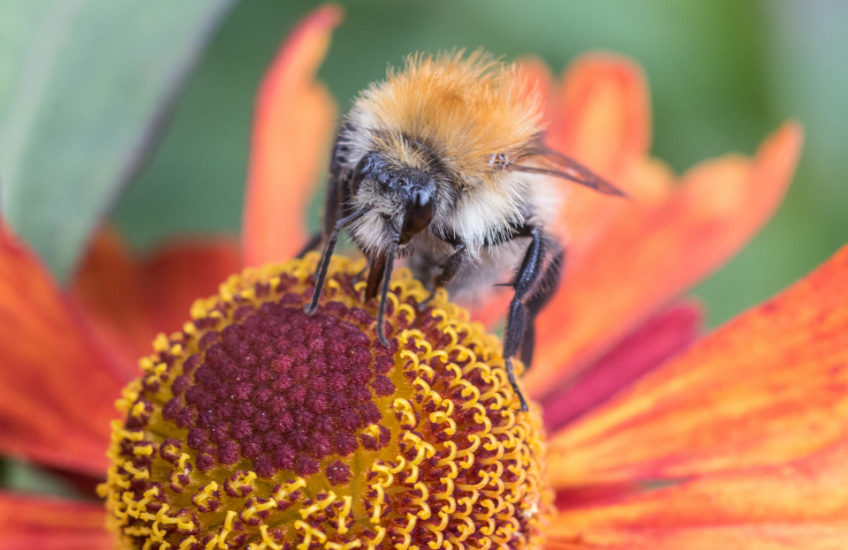 I had a busy day today: Arthur had to go to the vet this morning to have his stitches out, and then after his car was returned by the body repairers R and I had to go to Stratford to return the loan car, and collect a new television set which I’d ordered on line yesterday. I also wanted to finish processing and culling all the archery shots from yesterday, and while I was out walking the dogs this morning I realised that the best patch of sloes in the village was now ripe, and if I wasn’t to miss them I needed to get out quickly and harvest some.

So what with one thing and another, it was quite late in the afternoon when I found time for a walk around the garden, looking for today’s blip. For some reason that now escapes me I decided to use two extension tubes – the 31mm and the 11mm – stacked on the 85mm lens; but this did at least have the benefit of making culling very easy, because the depth of field was so shallow that almost every shot I took was out of focus.

This is one of half a dozen that worked – apologies that it’s another bee on helenium, but I was especially pleased with the (almost entirely accidental) focus on its face and antennae, and although I do have a pretty good one of a flesh fly I thought this was better. I’m afraid I have no idea what kind of bee it is – if anyone knows I’d be very pleased to put a name to it.