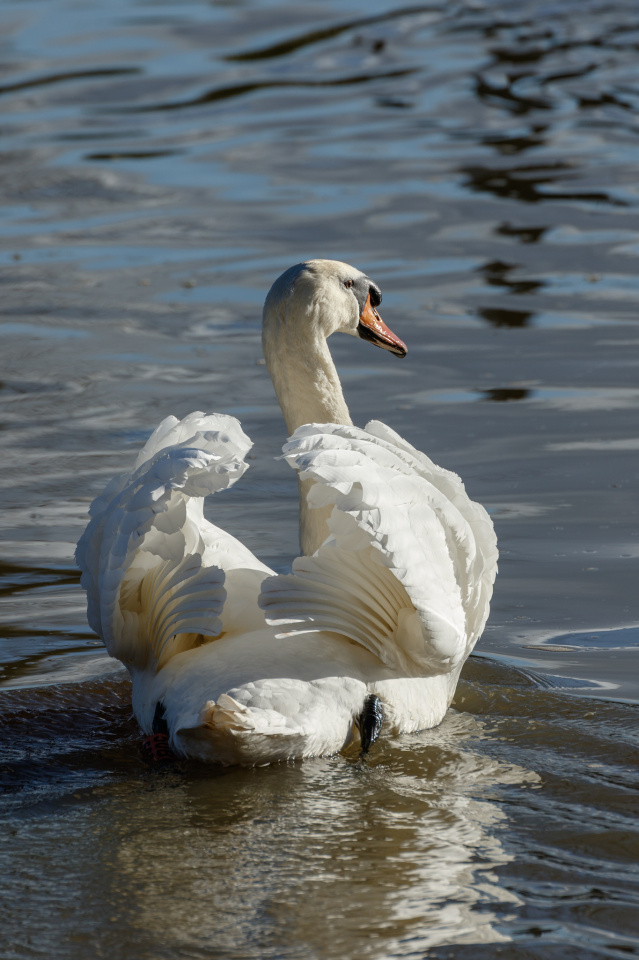 I think I feel a series coming on…

Not much to report today: we went to the recycling centre; we went to Boston Tea Party for coffee and some excellent cake; we did some shopping; we walked along the river; we came home.

Oh, and we made marmalade; which is to say, I made marmalade, with sous-chef assistance from R, to save stress on my hands. I’m a bit worried about it, because it took ages to get to anything near a cold-plate set, by which time my sugar thermometer was reading 108º (jam and marmalade should set at 104º). It’s always the most stressful part of making a preserve – and usually the stage at which I think Wouldn’t it be easier just to buy the stuff? – but the truth is that nothing beats home-made marmalade, even for me. And R could pretty much live on the stuff – if he has to serve this batch with a ladle, I don’t think he’ll be unduly distressed.

So anyway – this swan (which I think is a pen, though I’m not absolutely certain) was skulking about by the Chain Ferry in Stratford, looking as though it was about to go postal. I watched for a while, hoping that some kind of incident was about to kick off, but in the end the bird calmed down – but still gave me a set of nice shots in the strong afternoon sunshine. I love this rear view, which makes me think of one of those ostrich fan dances, but I’ve also put my second favourite here as an extra. The full half dozen is here. 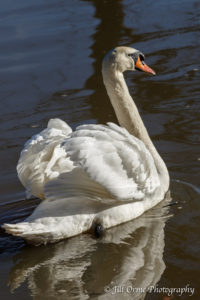