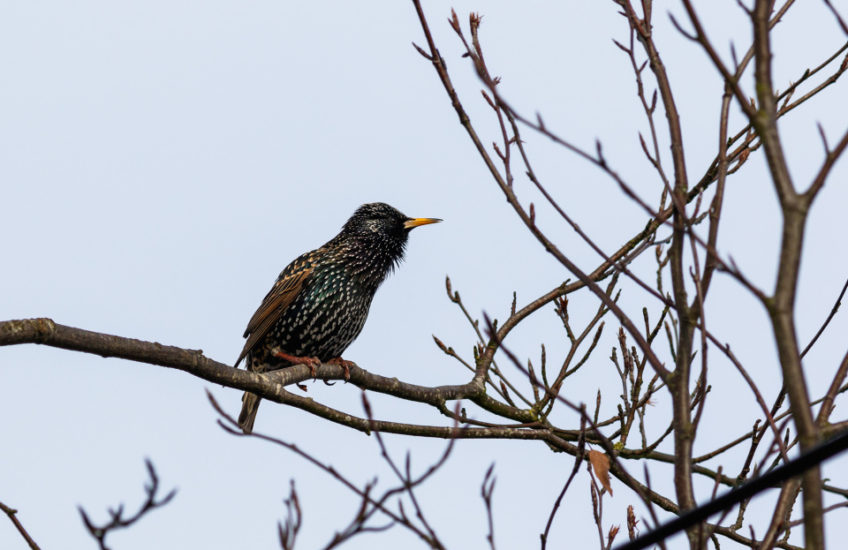 I was walking home rather disconsolately from a fruitless session at the owl orchard, when I spotted this Starling singing in the beech tree across from our house. It’s the same tree in which I photographed a Starling on the Solstice, but I rather doubt that it’s the same bird. It is, however, a much better photo.

Despite the fact that they have rather questionable habits, I’m quite fond of Starlings – I especially like them when I can see their markings like this, and the range of oily colours in their plumage.

Even though it was bitterly cold this afternoon, there was something about the light, and the the level of bird song, that spoke to me of the approach of spring. I’m pleased about that (though slightly dismayed at the amount of work that’s going to be needed in the garden very soon), because this dark, dank weather is really beginning to get me down.