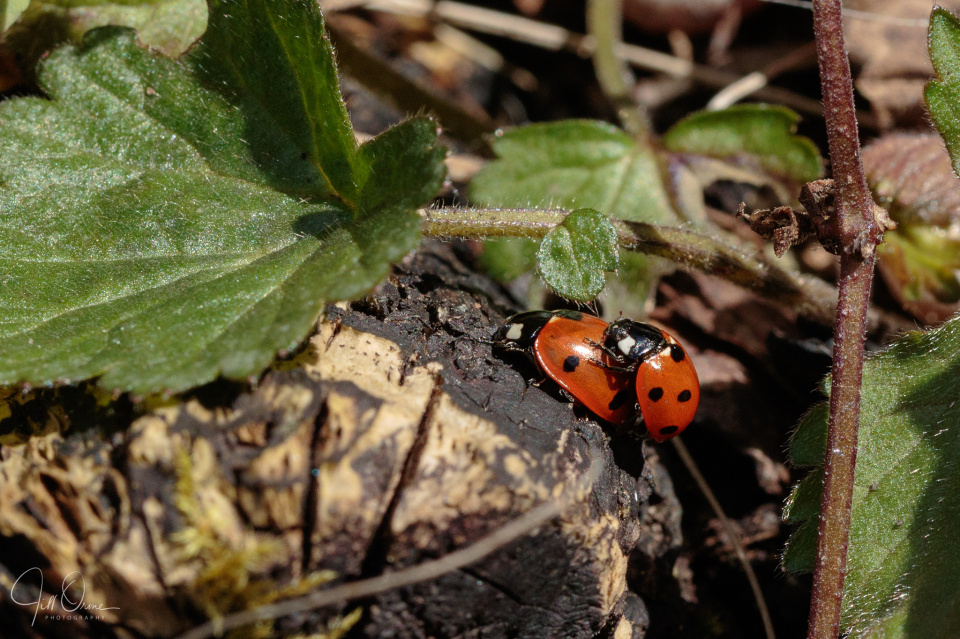 R and I spent some time out in the garden this afternoon, he uprooting a small thicket that’s seeded itself around the oak tree, and me tinkering around with the wildlife pond, doing a little tidying, and taking a lot of photos. The pond is springing back to life now, with water beetles and aquatic snails feeding, larvae of various sizes zooming about, and frogs and newts – newts!!! – basking in sunny spots and then shooting off into the depths if humans get too close to the water’s edge. We don’t have any frog spawn, which is a little disappointing, but I haven’t yet given up hope. 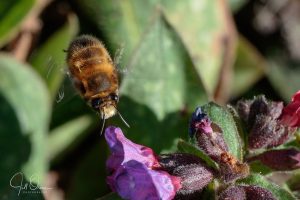 Whenever I see 7-spot ladybirds copulating, the female generally seems completely unaware that she’s picked up a passenger and simply carries on with her day, while the male appears to be clinging on to her slippery wing cases for dear life. When I first saw this pair they were stationary because the female was eating something she’d caught, but by the time I took this photo she was off on her travels again, and I had to scramble across a flower bed to keep up with her.