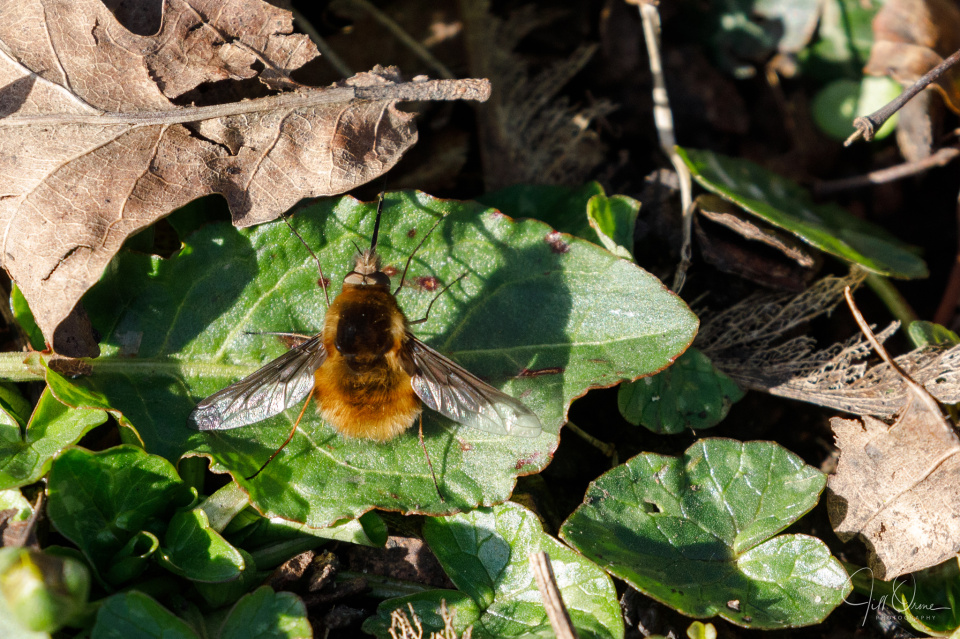 In tonight’s episode of Photographing Very Small Things with Very Long Lenses, we feature the dark-edged bee fly, Bombylius major, spotted at a distance this afternoon, basking on a leaf. Two ‘record’ shots were taken (in focus), followed by two steps forward, followed by two further frames (almost, but not quite, in focus), followed by the bee fly disappearing at high speed when it was buzzed by a flesh fly, and not being seen again. The moral of the story being: get your long shot before trying to get in close with the macro, or bitterness and recrimination may well ensue.

This isn’t my earliest record of a B. major, but it’s pretty close: March 17th versus March 12th. I’m way off the leader board in this year’s Bee Fly Watch, though – the brief warm spell at the end of February brought out bee flies in a number of gardens in the Home Counties, and more have been recorded across the country over the past ten days. Still, a couple of years ago I didn’t find one until the end of the first week of April, which made me quite grumpy, and at least we’ve now avoided that this year. 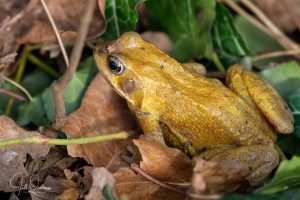 The extra is a rather attractive frog which has been keeping R company in the garden for the past couple of afternoons – by which I mean, lurking in the undergrowth in the area where he’s been working, and hopping away complaining loudly if he accidentally walked too close to it. I’m very taken with its little hat, though I think it would have been even more stylish in blue.