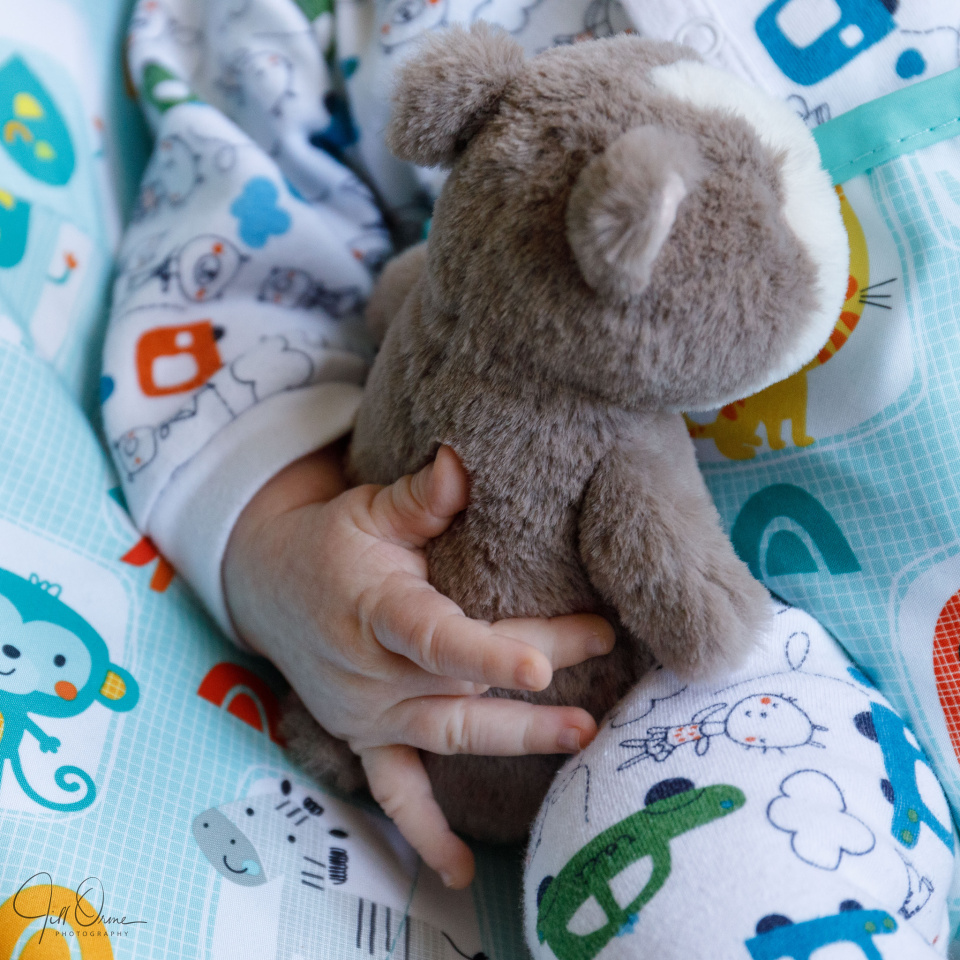 Baby B wasn’t on his best sparkling form today. I think he’s probably reached  Leap 3, because we definitely saw more than usual of the ‘Three Cs’ – clinginess, crankiness and crying. He’s interested in things in the outside world, as well as in looking at his own hands and feet as he moves them around, but he seems to become frustrated quite quickly. It almost seems as though he’s aware of a lack of autonomy, and I’m already looking forward to hearing him tell his mother witheringly, as she did me, “I’m four years old. I can look after myself.”

Fun parts of the day included taking the babe for a long walk in the pram, through a couple of the interlinking parks near his home, and then sitting out in the garden in the warm spring sunshine with him and L. In the garden I introduced him to the feeling of sitting on grass, which he found interesting right up to the point at which – like most other things today – it suddenly became hateful and intolerable.

R has chosen this photo because he likes Baby B’s busy little fat fingers, and his momentary interaction with Guinea Pig. The next shot in the sequence caught him grasping the toy and lifting it, but because we were in a fairly dark room I was working with a slow shutter speed and shallow depth of field, and the focus isn’t up to publication standard.