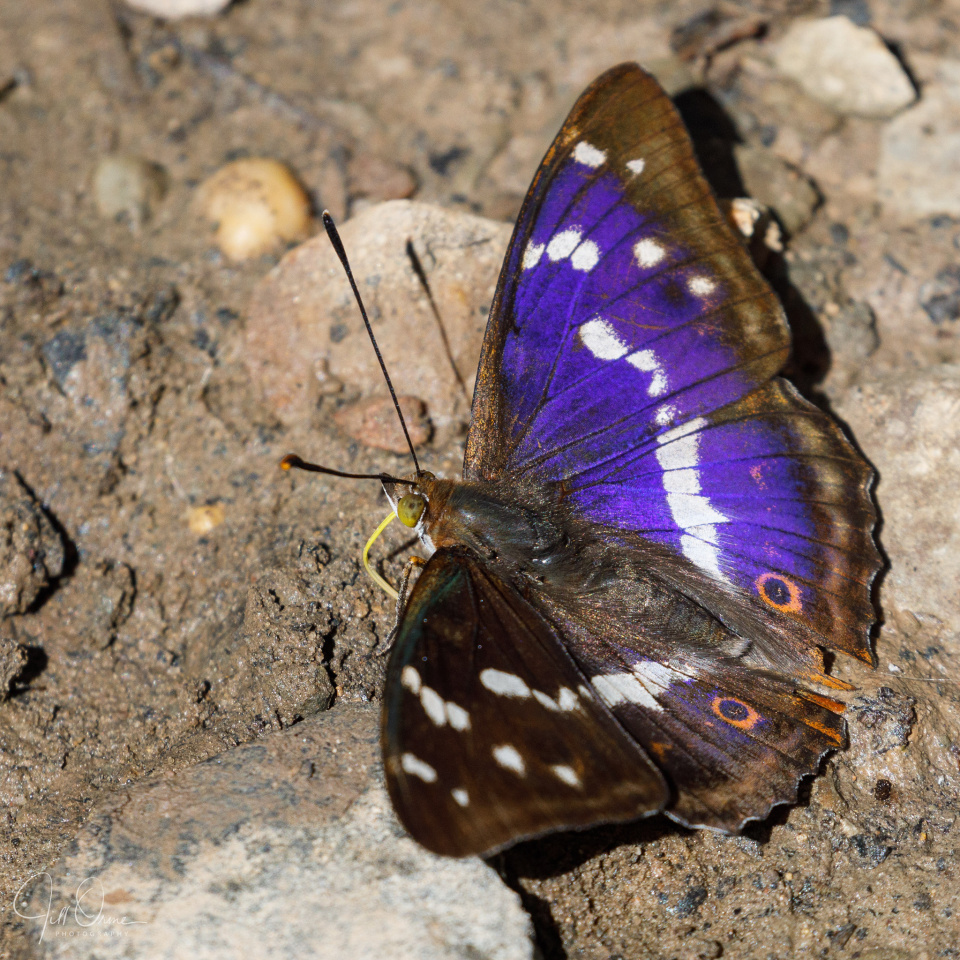 The Silly Season is upon us, when flocks of photographers migrate to the woods, flitting from one patch of mud and one pile of dog poo to the next, and greeting each other with their plaintive calls:

“Dave had one in the car park earlier!”

“Well, he would. Anyone can get one with fish sauce.”

I’d told myself that I wasn’t joining the madness this year – after all, how many Purple Emperor photos does any one person need? But the same could equally well be said of most of the creatures I photograph. And I was in Bidford this morning anyway, for a routine breast scan, And it was very hot, and my original post-scan plan, to go hunting dragons down at the Cotswold Water Park, seemed less appealing than it had when I first got up. And Oversley Wood was only a handful of miles down the road……

So here we are. This year’s Purple Emperor. Not the classic shot that everyone aims for, with both wings catching the light equally, but the best I managed in ninety minutes of stalking a butterfly that was restless, irritable, and fast. In fact, he disappeared into the trees a few times, and the three of us who were chugging up and down the main drag in his wake came to think that we’d photographed at least two different males over the course of the morning; but on processing my images, the nick out of his right hindwing and the slightly wonky left antenna told me that all my photos were of the same specimen.

If you don’t know much about the Purple Emperor, it’s worth taking a look at the UK Butterflies species account. And if you want to know how much some people care about His Maj, you could do worse than view the court reports from The Purple Empire. Which, by the way, appears to be colonising new territory: for the past few years the best sites in the West Midlands for sightings of this butterfly have been Oversley and Ryton Woods, both in Warwickshire, but this year specimens have also been seen and photographed in Grafton and Tiddesley Woods, in Worcestershire.