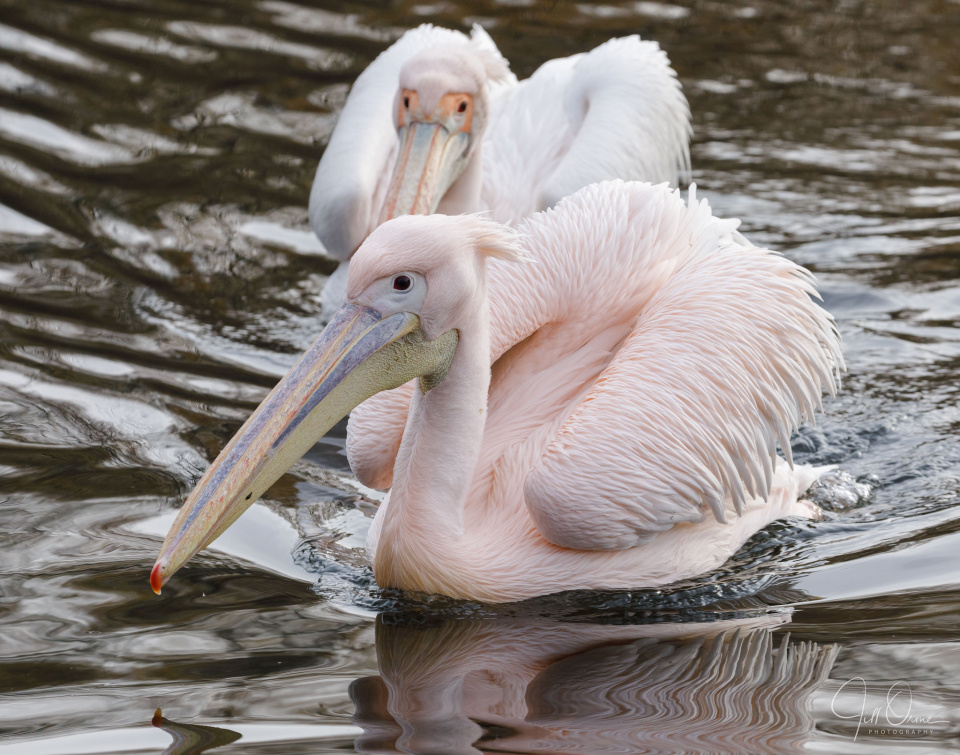 R and I went to London today, to see the exhibition Pre-Raphaelite Sisters at the National Portrait Gallery (concise review: it was fine, but don’t pull a muscle trying to get there), and elected to diverge during the morning. He wanted to spend some time in the National Gallery, and I thought it would be fun to go to St James’ Park to photograph some birds.

I was particularly hoping for some shots of the resident (and very famous) pelicans, and because my previous experience suggested that they’d probably be keeping their distance from the shore, for the first time ever I took the long lens to London with me. I needn’t have bothered. I walked two circuits of the lake, and for much of that time all the pelicans were out on the path near the café, with hordes of tourists around them taking selfies and pointedly ignoring the notices asking people not to touch the birds. So a 24-70 would have been fine; in fact I managed some quite usable shots on my phone.

There were more birds present than I was expecting, and because I knew almost nothing about pelicans I was a little confused about the fact that there seemed to be two different types; but I’ve since found out that the three with brown wing feathers are youngsters, newly gifted to the Park by the Czech Republic to join the three mature birds R and I had seen on earlier visits. All of them are great white pelicans, which are also called rosy pelicans because of the delicate pink tinge the adults acquire. The larger individual in the front of shot here is a male, which would make him the bird called Gargi, who was found in a Southend garden by a member of the public back in 1996 and donated to the Park. The female behind him is either Isla or Tiffany, who were both donated by Prague Zoo in 2013. Males are considerably bigger than females, and have longer, slightly curved bills; they have pink skin on their faces during the breeding season, while the females have orange skin. There’s a clearer view of the female in the extras.

Actually, if I had gone with a short lens today, I would have missed the chance to photograph something much smaller than a pelican, and keeping a far more sensible distance from the general public. I was aware that many parks around London now have resident flocks of ring-necked parakeets, but hadn’t been expecting to find them at St James’ – but almost as soon as I walked in I was alerted by an unusual noise, and tracked it to around half a dozen smallish birds that were swooping in and out of the plane trees, high above my head. By the time the individual in my Facebook post came low enough for me to photograph, I’d already worked out what they had to be, and was pleased to be able to log my 149th British bird of the year. But while I was strolling over the bridge that crosses the centre of the lake a member of the Parks police struck up a conversation with me, and told me that the parakeets aren’t at all welcome there, because they take food from small native birds such as blue tits and robins, and make it less likely that they will survive and thrive. He said that the Royal Parks managers had tried to come up with a method of culling them, but had eventually come to the conclusion that it would be too difficult – so it looks as though the parakeets will now become a permanent part of the St James’ fauna.