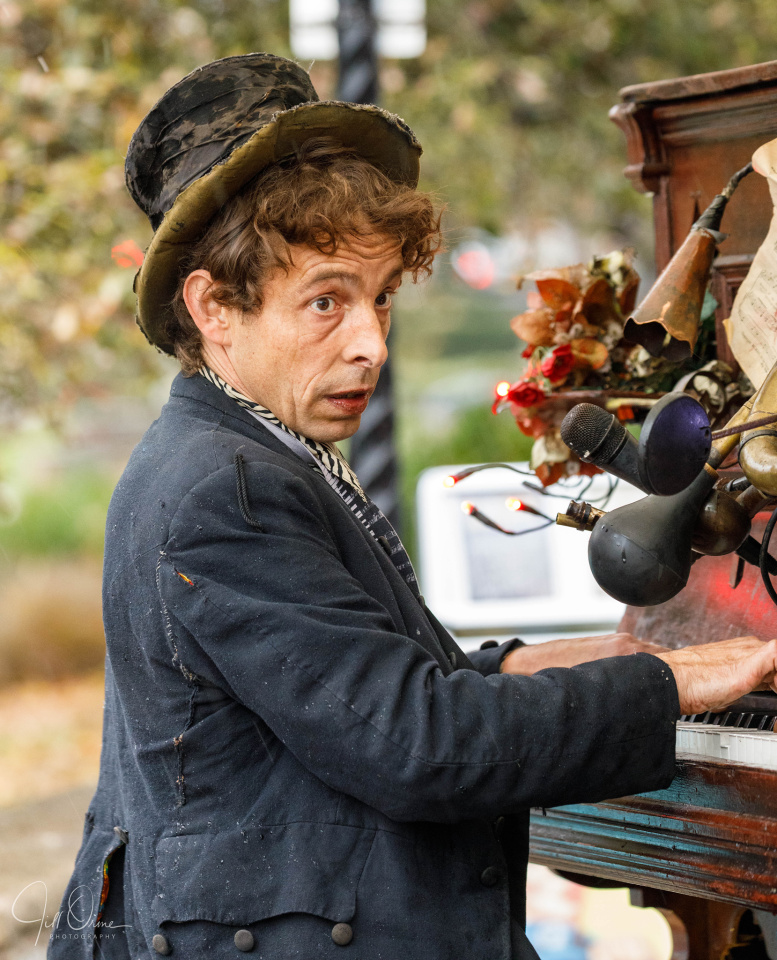 We woke up this morning to discover that there had been a power cut; initially the energy company said that they expected to restore supply within the hour, but the hour came and went, and when R checked with them again the reconnection estimate had changed to dinner time.

Faced with several hours unplugged from the Matrix, I chose a task from the bottom end of my to-do list, and attacked a large filing box of my mother’s papers, which has lived in one corner of my study since shortly after she died. It was a horrible job, bringing to the fore all kinds of memories that I’d much rather have kept at a distance, but in the end I whittled the paperwork that I think still needs to be kept down to two small files, either shredded or recycled the rest, and repurposed the box to hold some of the photo gear that’s been sitting around my study on various surfaces, gathering dust.

R and I then went for lunch in Stratford, which we thoroughly enjoyed, but as we left the restaurant it began – unexpectedly, given today’s reasonable forecast – to rain. “Never mind,” I said, striding off towards the river, “it’s not all that bad.”

*Voiceover commentary: In fact, it really was quite bad.

Just as I was starting to bemoan the fact that the ducks had more sense than I did, and had taken themselves off somewhere nicer, R spotted a bicycle piano up on the Old Tramway Bridge, and I squelched off to in search of photos. I have blipped Rimski before, on a clear, cold day last February that was so bright that I struggled to control my highlights, but today the light was Stygian, and it was hard to get a reasonable shutter speed without the ISO going sky-high. In the interim we saw him in London on the People’s Vote march, when he and some other performers were working an extraordinary pedal-powered disco called the Rinky-Dink Sound System (shown in my extra), which kept many thousands of people entertained as we stood on Park Lane, waiting to be able to start walking; today I went and said hello, and thanked him for having been there. 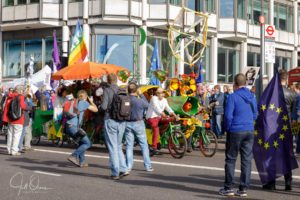 He and his colleagues are clearly pretty skilled at wiring up musical equipment to bicycles, because today Rimski was working with another musician, a double bass player who calls herself Handkerchief, who was riding a bike that was powering an amplifier, as she strummed the bass and sang harmony vocals. Between the crowds of scuttling people, the rain, the umbrellas, and the fact that I was using a large lens, I struggled to get a photo of the two of them together; the best one I managed was taken while they were carefully traversing the lock bridge, and I’ve put it on my Facebook page, if you’re interested.

By the time R and I made it back to the car we were literally dripping wet, so it was a relief on arriving home to find that the power had been restored, and we could put the heating on and dry out our sodden clothing. I hope that it dried up enough in Stratford for Rimski and Handkerchief to carry on performing and get an audience, because they’re very good and they deserved to be heard.