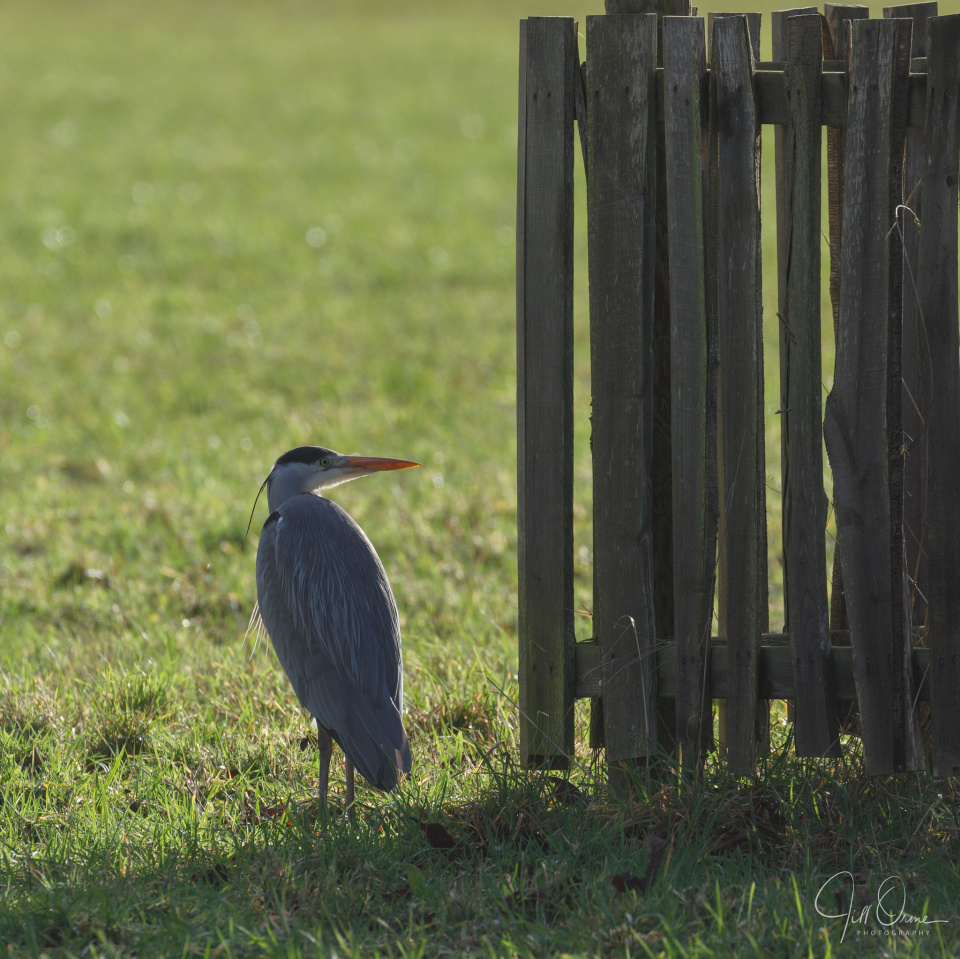 Despite the current lockdown, quite a few National Trust and English Heritage properties are still open for local people to use for exercise, including NT Croome. R and I had tickets for a walk there this morning, but when we first got up I was feeling pretty unenthusiastic about the concept, despite the fact that Storm Cristoph had blown through and the day was looking promising. In fact we’d almost decided to stay at home, but then the sun suddenly emerged, I cheered up dramatically, and we found ourselves rushing around collecting scarves, gloves, and wellingtons, before zooming off to Pershore.

In the event we were glad that we went, because Croome is one of our favourite places and we had a thoroughly enjoyable walk in the winter sunshine. I also improved the year’s bird list by two: this grey heron, which R spotted just over the ha-ha from the Temple Greenhouse, and a solitary wigeon on the lake. We couldn’t see what the heron was looking at, and within a few seconds we couldn’t see the heron either, because it sidled to its right and took up a new position on the sunny side of the tree guard – where it stayed for at least the next twenty minutes. I know this because after we’d circuited the lake and were walking back along the river towards the house I suddenly remembered it, turned to look behind me, and it was still standing in exactly the same place. I do have a more conventional photo of it, taken at that point with the sun behind me, but R and I both prefer this rim-lit portrait.

When we arrived back home I went out into the garden to do battle with a huge dog rose that used to support itself by growing through the dead leylandii hedge around the secret garden, and which the tree surgeon managed somehow to leave intact – though now completely unsupported – when he took out the hedge last week. I’m hoping to persuade the rose to grow as a standalone shrub, but though I’d realised that this was going to necessitate substantial pruning, I didn’t fully understand the scale of the problem until I was standing in front of it with a pair of loppers in my hand. Today’s extra is titled We’re going to need a bigger barrow. 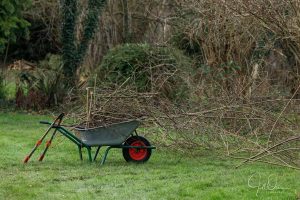