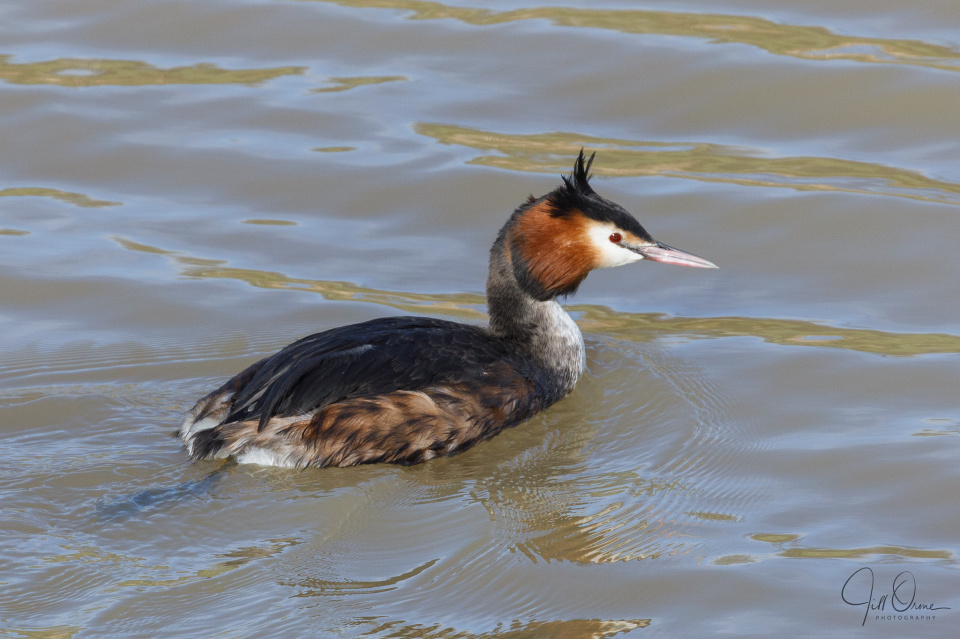 Deprived of a day with Boy Wonder because the Household B is currently in Covid purdah, R and I were grumpy with each other this morning (and in my case at least, with the rest of the world as well). After an hour at the computer, reading about the horrors being inflicted on Ukraine, I pulled myself together, decided that blue sky trumped bitter temperatures and howling wind, and went off to Hillers – a journey that was far longer and more irritating than usual because of a slew of road closures and diversions.

I arrived eventually, did some calming breathing, hefted my gear out of the car, walked to the show garden… and discovered that it, and the bird hide, are closed until the beginning of March. By now I was just about ready to reenact the Mad Scene from Lucia, which coincidentally was playing on my iPod as I roared out of the car park, and though it’s true that my sing-along-a-Joan left almost everything to be desired in terms of timing, pitch, and articulation, it lacked nothing at all in feeling.

Having run through a mental list of alternative wildlife sites in the area, I plumped for Compton Verney in the hope that the great crested grebes (absent, or at least invisible, on my previous few visits) would be out and about in their breeding finery. They didn’t let me down, which was especially lucky because my back-up plan of throwing myself in the lake would have been hard to carry out, as there’s an evening event taking place in the grounds at the moment, and the whole of the water’s edge has been cordoned off for safety.

This is the female of the pair from the eastern section of the lake, who was in a rather odd and restless mood today, swimming back and forth as if she was looking for something, and not seeming to find it. Her partner ignored much of this behaviour, though he did follow her a couple of times and steer her back to the reed bed where they usually build their nest. Eventually he settled down for a nap, and almost immediately she swam away fast and determinedly, under the bridge and out into the western part of the lake. A couple of minutes later he woke up, realised she wasn’t there, and began searching and calling for her, which is when I took the photo of him I’ve posted below. 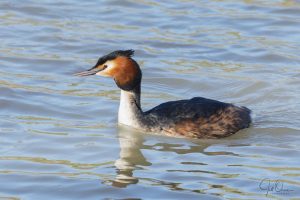 Ultimately he realised where she’d gone and followed her, though he wasn’t at all happy: the last time I saw him on the western lake – just about a year ago – he was chased away by the older male whose territory this is, and today he looked pretty nervous and spent much of the time peering around for his rival, with his head low to the water in a defensive posture. In the event he got away with the incursion, because the senior pair, which had been snoozing in the middle of the western lake when I arrived, had by now moved around the corner to their home reed bed, and didn’t see him. It took this female about an hour to decide that this stretch of water was no better than her own, at which point she allowed herself to be led back under the bridge and into the reeds, and I decided it was time to head for home myself.

For the record: there was also a pair of goosanders in breeding plumage on the western lake, plus a single little grebe – the first time I’ve seen either of these species at Compton Verney.