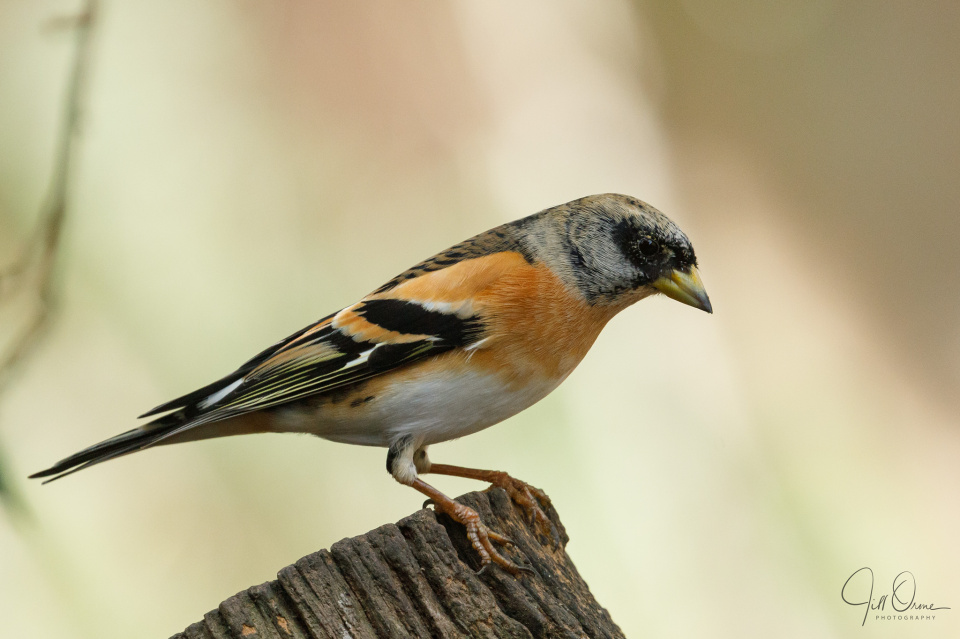 You’d be forgiven for thinking that I couldn’t be bothered to take any photos today, and had just pulled out another image from Thursday for my post: it’s obviously the same perch, and I’m almost certain it’s the same bird. But hand on heart, I did take another trip to Hillers this morning, and enjoyed the birds, and the rather lovely light, while silently cursing the bitterly cold wind that was slicing through the hide. I was more warmly dressed than on my last trip, but I was still relieved when after about forty minutes the boldest of the little group of bramblings finally decided to risk a trip to the bird table. Five minutes after that I got a couple of reasonable shots of one of the nuthatches, and ten minutes after that I was back in the car, heading for home, hot coffee, and a takeaway chocolate tiffin. 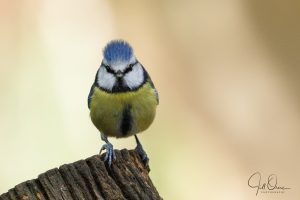 I can’t resist posting the brambling again, because they’re not at all common around here and I can’t predict when I might next see one, but I’m adding an extra photo tonight of a sweet little blue tit, with its scalp feathers raised like a tiny crest. It’s easy to overlook blue tits because they’re so common, but they’re photogenic birds, and very amusing to watch. Around the garden and the woodland at Hillers there are a quite lot of them and they can be hard to tell apart unless they have some peculiarity of marking, but after watching them for a while you do come to recognise a few individuals. This one was unusually feisty, holding its position even when there were larger birds at the table, and raising its scalp threateningly whenever anyone else came too close. I had no idea they could do this, and I found it funny and charming. I love the way the little chap is staring straight at the camera here, as though challenging me to an argument.